Netmarble has announced a bunch of exciting festivities lined up for Seven Knights 2, its cinematic action RPG on mobile. To celebrate 77 days since the global launch of the hit title, the game is hosting a “77 Festival” from now until February 16th.

In Seven Knights 2's “77 Festival”, players can expect to score tons of in-game goodies whether you're a returning player, a newbie getting your feet wet, or a longtime fan of the franchise. Missions given out throughout the week will yield cool rewards such as a Legendary Hero Selection Ticket. There will also be plenty of opportunities to score not only heroes but also Legendary Equipment, Pet Summon Tickets, rubies and more.

In particular, the Legendary Hero Vindictive Blade Aquila is up for grabs for the very first time. There will also be Growth Support and Draw Rate Up Events for players from now until February 4th. 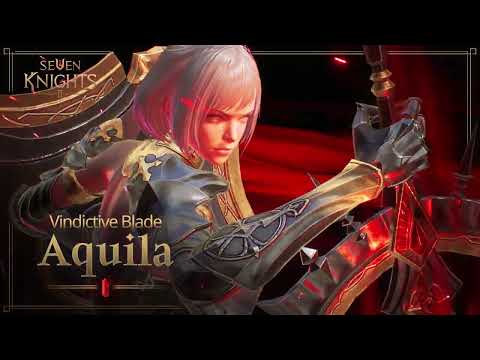 In case you're unfamiliar with the title, Seven Knights 2 is a sequel to the popular Seven Knights game, set twenty years after the events of the original title. It features robust combat systems and fully cinematic gameplay, as players follow the tale of Lene and the Daybreak Mercenaries.

If you're curious about the game, you can download Seven Knights 2 on the iOS App Store or on the Google Play Store for Android devices. It's a free-to-play game with in-app purchases. You can join the community of followers on the official Facebook page to stay updated on all the latest developments, or check out the official website for more info. You can also have a look at the embedded clip above for a little sneak peek at Legendary Hero Vindictive Blade Aquila.

Are you on the hunt for more RPG titles that will put your skills to the test on your mobile device? Why not take a gander at our list of the top 25 best RPGs for Android phones and tablets?

Next Up :
Tireur De Couleur is an upcoming action shooter with pre-orders now open for iOS

Seven Knights 2 codes to get free summons: May 2022