You probably already have a pretty good idea whether Senran Kagura Burst belongs on your 3DS or not.

It's another handheld brawler, like Code of Princess or Dragon's Crown, and like those two earlier outings it involves a mountain of jiggling female anatomy.

But unlike those other games, Senran Kagura Burst completely owns its fan service.

This isn't a serious game that just happens to feature scantily clad female characters tossed in as an afterthought - it's a game in which one girl wails on another until her clothing falls off.

It's also an unabashed, tongue-in-cheek romp that will have you smiling and button-mashing from start to finish.

Setting aside the heaving bosoms for now, Senran Kagura Burst is a quick-to-play brawler that offers a surprising amount of variety in character choice and gameplay.

Y lets you execute a weak attack, X is a strong attack, B jumps, and A is a short dash. That's all there really is to the controls, although attacks can be chained into deep and complex combos.

Of course, there are more esoteric options available as well. If you want to play as a goth lolita fashionista with a massive machine gun, this game's got you covered. 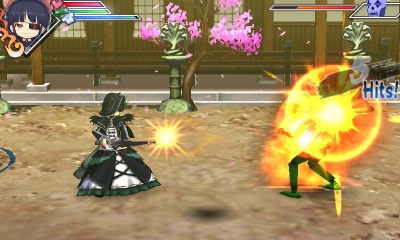 The missions and stages are of the usual quota or time challenge variety, and they provide a decent amount of challenge that can be easily mastered once you get the hang of the game.

At this point, you can switch to a weaker, under-levelled character or go into the clothing-optional "Frantic" mode, where you take extra damage as you fight in your skivvies.

Impressively, whether clothed or exposed, Senran Kagura Burst delivers a crisp gameplay experience throughout with framerates rarely stuttering to any noticeable degree.

The core of Senran Kagura Burst's humour lies firmly in the realm of ecchi comedy - which means that there are plenty of sexual innuendos, but no outright nudity.

As a result, lesbian come-ons and threats of nonconsensual motorboating abound between characters. If you aren't turned off by this style of humour, you'll find a lot to enjoy in the cutscenes between missions as the girls exchange banter.

Oddly, however, Senran Kagura Burst opts to relay some of the longer plot passages through a visual novel-style text presentation which feels like a strange fit for the frenetic nature of the game. 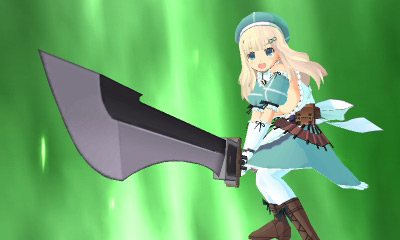 Still, you don't come to a game like this for the story.

While the characters are little more than walking anime stereotypes, they move the plot along as required and even get a bit of depth when they're not prancing about in their knickers.

With a thong in my heart

One surprising standout aspect of Senran Kagura Burst is its soundtrack, which was handled expertly by Mutsumi Ishimura and AkiHee Motoyama. Each character has two themes per stage, and they're all brilliantly composed and nicely varied in terms of style.

All of this combines to deliver a fun, silly, and unapologetically sexy style of game that doesn't think twice about offending you with its over-the-top objectification of female characters.

You might (justifiably) feel awkward playing it out in public, but there's plenty in Senran Kagura Burst to keep you coming back for more once you're safe at home.

Bouncy, flouncy, and quite a bit of fun, this over-the-top brawler delivers equal measures of fan service and classic brawling gameplay with wanton glee
Next Up :
REDMAGIC 8 Pro review - "A beast in performance, but not without growing pains"