MAQL Europe has confirmed that the Pocket Gamer Silver Award-winning brawler Senran Kagura Burst will see a retail release in Europe on February 28.

This is good news for those who like tiny grey cartridges, but if you absolutely can't wait until the 28th you can always pick it up a day earlier when it hits the European eShop on February 27.

In the US, publisher XSEED Games opted to do an eShop-only release of Senran Kagura Burst in anticipation of a potential media backlash.

After seeing the European box art for the PEGI-16 brawler, we think we understand XSEED's concerns. 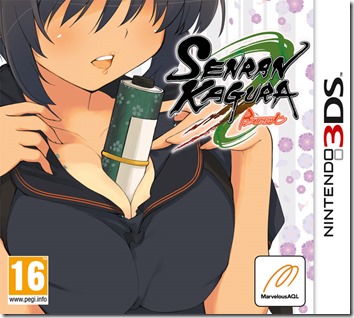 In our review of Senran Kagura Burst, we called it an "an unabashed, tongue-in-cheek romp" and praised it for its great (if slightly repetitive) arcade beat 'em gameplay, humour, and unexpectedly excellent soundtrack.

It might not be a game you'll feel comfortable playing in public, but it's definitely one of the most bra-some brawlers to hit the 3DS in recent mammary.