I'm not sure who asked for this

In the category of "games I don't want to think too hard about" comes the next installment in the Senran Kagura series, Senran Kaguara Reflexions for Switch.

The game tasks you with performing reflexology and massage on the main character Asuka, and promises to use "the unique properties of the Joy-Con" according to the original release from Marvelous Games - specifically, the vibration in the controller. 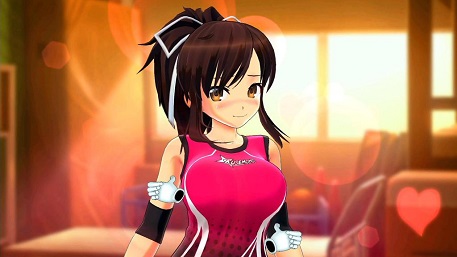 You'll unlock a branching story as you interact with Asuka, with the opportunity to encounter other characters in various DLC.

It originally launched in Japan at the end of last year, but it looked like a game which was destined to stay there. Clearly someone worked very hard to get the localisation pushed through.

No judgement to anyone who's looking forward to this, but I'll be passing on this one. No details yet on the release date beyond sometime this summer, but if we hear more, we'll update.