Part platformer, part harvest simulation, Sakuna: Of Rice and Ruin is a unique addition to the Nintendo Switch’s already diverse library, and it might just teach you a thing or two when you play it.

The game draws inspiration from Japanese mythology, telling the tale of a spoiled harvest goddess who’s banished from her celestial home to an untamed island swarming with demons. You’ll battle monsters, harvest crops and build a home for yourself in the wilderness.

Developed by Edelweiss, the indie studio behind the acclaimed Astebreed, Sakuna: Of Rice and Ruin combines side-scrolling action with harvest simulation and crafting, but at its core is a powerful tale about finding your place in the world. Here are five reasons you should experience it… 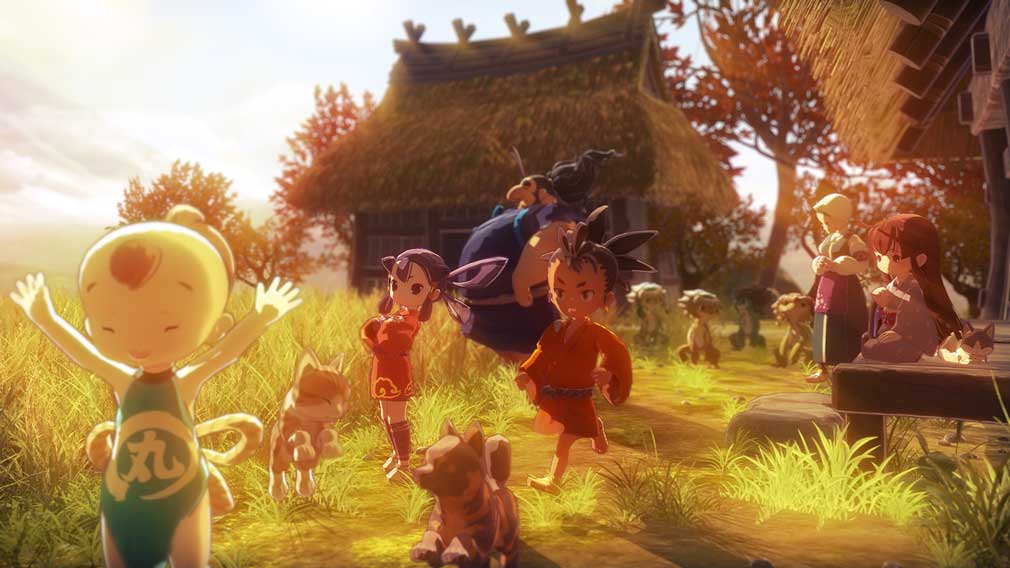 There’s a lot going on in Sakuna: Of Rice and Ruin. One minute you’re tackling a platforming segment using farm tools as weapons, the next you’re attempting to harvest the perfect crops. Edelweiss has sown the seeds of variety, but the studio has gone to great lengths to ensure the game is fun, too.

The side-scrolling platforming sections are fast-paced and frantic, complete with combos and grappling hook action, which ties in with the combat. Moreover, there are upgradable skills and new weapons to unlock and it’s these features that keep Sakuna: Of Rice and Ruin fresh throughout. 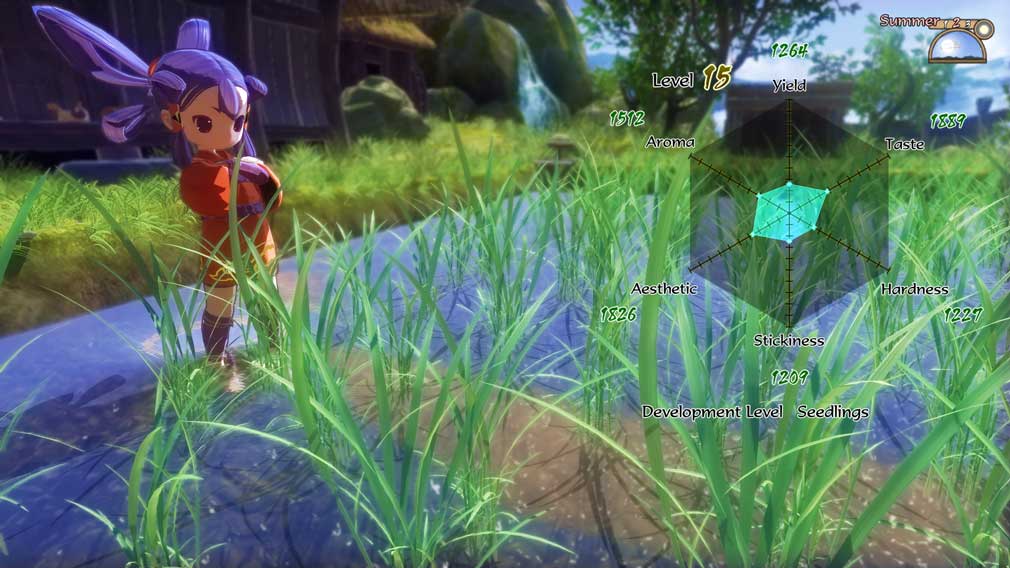 The rice farming is really in depth

Those farming elements aren’t just thrown in for novelty value. They’re an integral part of Sakuna: Of Rice and Ruin and the level of depth might surprise you. This is as much a harvest simulation as it is a side-scrolling platformer, striking a good balance between these two gameplay types.

As a harvest goddess, the eponymous Sakuna’s power is tied to the success of her rice crops. Factors such as aesthetics and flavour have an impact on her combat abilities, so players have incentive to harvest them to perfection, enough to justify gathering poop from the outhouse to use as fertiliser. 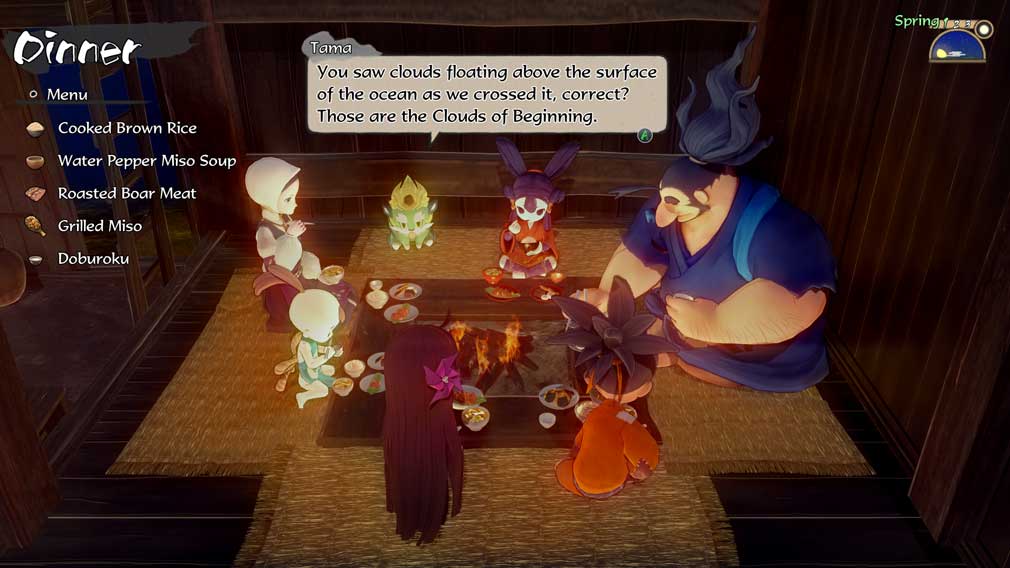 Sakuna: Of Rice and Ruin is a game loaded with Eastern promise. The setting, story, visuals and soundtrack were all inspired by ancient Japanese history and the development team have really done their homework. This is an authentic take on the Asian country’s mythology and players can even switch the game’s audio language between English and Japanese on the fly. 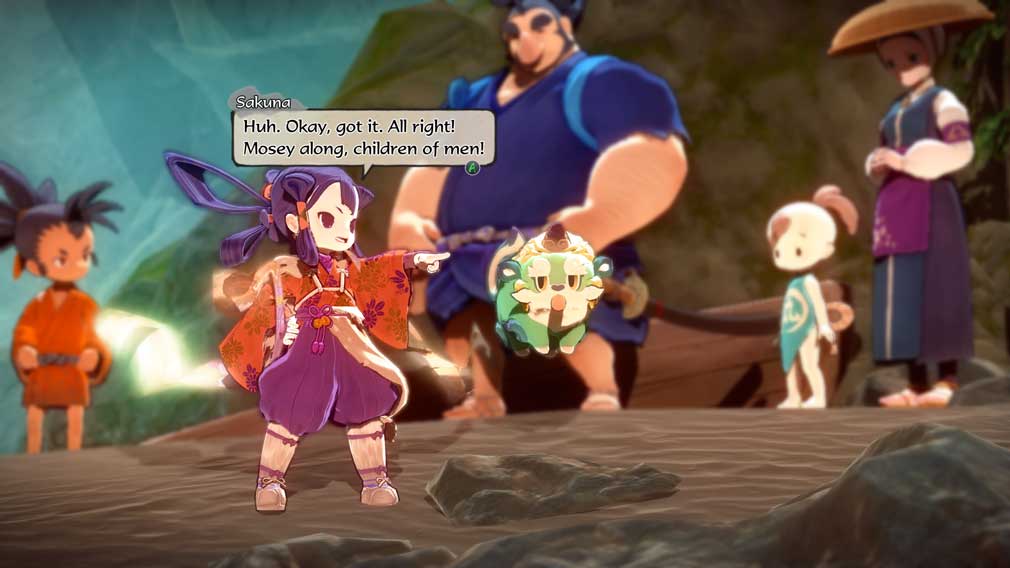 Traditional Japan would usually be a serious backdrop, but Sakuna: Of Rice and Ruin takes a more light-hearted approach to its mythology. The game is quirky and accessible, thanks in no small part to the protagonist’s sassiness and wisecracks.

A lot of the game’s dialogue takes place over dinner at the end of each day, carrying the story along in a fun, laid-back way. There’s even a cute shiba inu dog you can pet during these sequences. 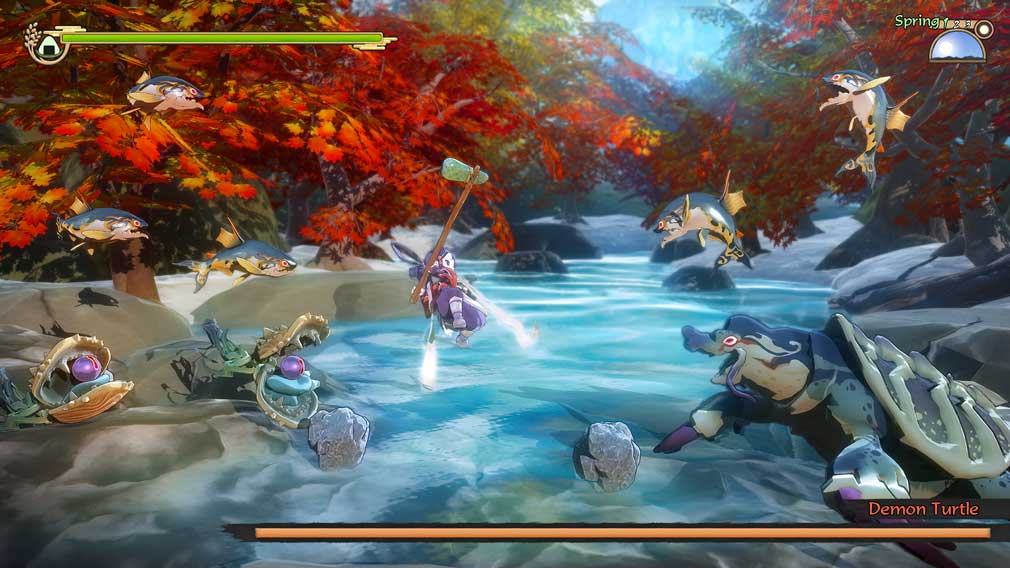 Sakuna: Of Rice and Ruin was developed by an extremely small indie team, though you wouldn’t know it from the striking visuals. There are some incredible backdrops on display in the game, and you’d be forgiven for thinking they were the work of a much larger operation.

The village is a particular highlight. It’s bathed in stunning lighting and the dynamic time of day means you can catch your rice crop at dawn and sunset to take in the incredible views.

If jumping, crafting and harvesting sounds like your thing, Sakuna: Of Rice and Ruin will be available to buy in physical and digital formats from 20 November, priced at £34.99.

What's A Preferred Partner Feature?
From time to time Steel Media offers companies and organisations the opportunity to partner with us on specially commissioned articles on subjects we think are of interest to our readers. For more information about how we work with commercial partners, please read our Sponsorship Editorial Independence Policy.
If you're interested in becoming a Preferred Partner please click here.
Next Up :
Best upcoming mobile games in 2021