Stay tuned for the official launch on 12th July

Saint Seiya: Legend of Justice, the first title in the RPG series set to feature idle gameplay, recently achieved a very significant milestone, having exceeded over 1.5 million registrations ahead of its global launch on 12th July.

To celebrate the achievement, Wanda Cinema Games has just released a special trailer highlighting the milestone figure and is also currently running a giveaway event via the official Facebook fan page to further reward pre-registered players. Those that pre-register and reach lv. 20 after the official launch will stand a chance of winning a Gold Saint Seiya Figure or 1,000xDiamond. A second Facebook event is also underway until July 8th where pre-registered players need simply comment a screenshot of their “successful pre-registration” to be in with a shot of winning an Amazon Gift Card worth $50. 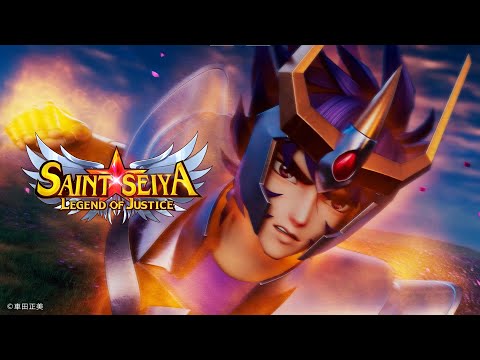 Legend of Justice has received a tremendous amount of positive feedback following its closed beta test in USA and Europe during May and June; a fact that hasn’t gone unnoticed by the iOS App Store or Google Play Store, which are both currently featuring Saint Seiya: Legend of Justice across numerous North American and European regions.

The anticipation shown for this latest iteration in the Saint Seiya series comes as no surprise as Legend of Justice not only appears to be the best looking game in the series, but also one of the most faithful to its Manga origins. This is thanks in large part to the contribution of Kurumada Masami, original writer of the Saint Seiya manga series, who has been directly involved in the development of the game.

Gameplay-wise, Saint Seiya: Legend of Justice is also shaping up to be one of the most intriguing adaptations as well, delivering a mix of turn-based strategy combat, idle levelling mechanics, and a massive roster of heroes with which to assemble an unbeatable team.

Saint Seiya: Legend of Justice will launch for iOS and Android on 12th July. If you’d like to sign-up to the game ahead of launch and stand a chance of winning some fantastic prizes, be sure to pre-register via the iOS App Store and Google Play Store.

What's A Preferred Partner Feature?
From time to time Steel Media offers companies and organisations the opportunity to partner with us on specially commissioned articles on subjects we think are of interest to our readers. For more information about how we work with commercial partners, please read our Sponsorship Editorial Independence Policy.
If you're interested in becoming a Preferred Partner please click here.
Next Up :
Final Fantasy Brave Exvius is celebrating its 6th anniversary with a tonne of free summons and other rewards

Saint Seiya: Legend of Justice is out now on iOS and Android, with a special Facebook giveaway of an iPhone 13 Pro and more