Rush Royale, a new, tower defense game “like no other” has made its way onto the App Store. This game combines the concepts of tower defense games, merge games, and PVP games together to create a new experience that actually feels quite familiar, yet polished and fresh.

Essentially, the game gives you a little grid board, which you can populate with warriors that cost potion points. You will have a limited amount of potion points to start with, and each warrior you purchase will then force the next one to cost more. These warriors are randomly added to the field - you can’t choose their color. When you have two of the same warriors, you can then merge them to make a new, random colored, stronger warrior (as represented by the shape below them). This continues as you fill up your field. You can also upgrade your warriors, though if they change after being merged, the upgrade won’t be there as it’s per color. 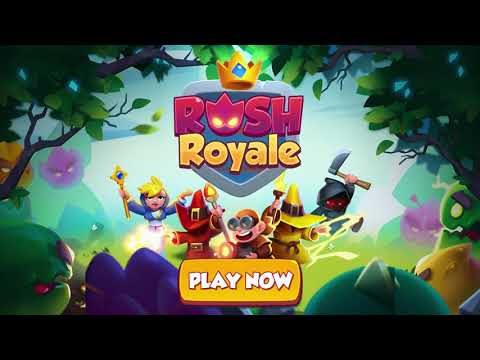 Along the outside of your field, there are various monsters entering. Each monster you destroy gives you potion points and forces one of the same monsters onto the other player’s field, displayed at the top of the screen. You will then slowly try to clear your side of monsters while hoping the other player gets overrun. If three monsters reach either your door or the other player’s door, it’s game over. If both of you last for the entire timer, you will get an epic boss to fight, which has the remaining damage on the screen. During this boss fight, your warriors will be destroyed one by one, causing quite an issue!

Along with this PVP mode, there is a co-op mode where two players are clearing the same path, hoping to last over a set amount of time. Otherwise, the game works the same with two separate grids that you both are trying to populate.

Merging warriors together and keeping track of the ones that have been merged is simple enough to follow - which is essential in the game. Mastering match after match, players are rewarded with coins and points towards more items, as well as quests which continue to reward them. Everything about Rush Royale is quite appealing - the graphics, quick matches that can be done even if you only half pay attention to it, and a bunch of upgrades to slowly unlock and master. You can continue to upgrade your warriors, if you collect enough of their cards, making them more powerful before you go into a game, to help you have the upper hand against whoever you are battling against!

Rush Royale has been quite fun so far, though I haven’t hit anything super challenging - I’ve been plugging along dominating the games that I am in. I find this mash-up of so many genres to be really great, especially as they are not at odds with each other, and all of them mesh together well.

Rush Royale, a mobile fantasy strategy game, is out now on iOS and Android