Runic Rampage is a brutal action RPG in which you play as Grimbard, the last champion of the dwarves, who's on a quest to collect a bunch of rune fragments.

But does Runic Rampage offer a true Diablo-style RPG experience on mobile? We asked the App Army just that, and here's what they had to say.

Like an old pair of slippers, Runic Rampage is instantly comfortable and familiar if you remember the glory days of Gameloft's Dungeon Hunter.

You're on a quest that involves killing as many enemies as your thumbs can take, upgrading skills, attributes, and equipment along the way. There are combos to learn such as uppercut and spinning blow which are useful depending on the situation, making Runic Rampage a more tactical affair than other button mashers out there.

Chaining attacks builds up your "rage" level to rampage then berserk, increasing the gore as you dispatch enemies in an eminently satisfying way. I had great fun playing this, and if your inner hero is itching for people to save and monsters to slay I suspect you will too.

Runic Rampage is a very basic hack n' slash game. Yes, it has combos, but I found a straight button mash worked most of the time.

Yes, you can upgrade your attributes but the effect is very minimal. You can purchase and upgrade a couple of different weapons but once again the difference is small. You can collect armor pieces to create a set but the effects are cosmetic only. 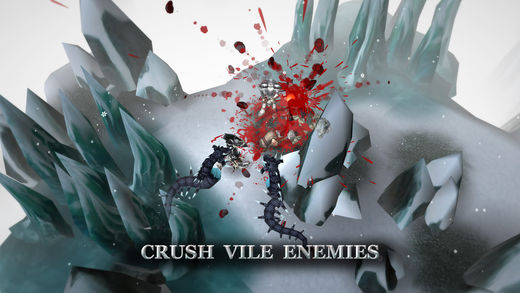 Don't get me wrong, its an impressive feat for the number of people involved, but if you're looking for something with a lot of depth, difficulty, or replay value there are better options available.

Want to whack some orcs and mythical beasts with a large hammer? Look no further than Runic Rampage. You'll wander round serene desert landscapes, looking for chests and loot, while beating a variety of large monsters to a pulp with your hammer.

I don't feel the game offers much more than this. It felt a little repetitive and I quickly got bored. The idea is simple enough but I'm looking for a little more depth when it comes to this sort of game.

The graphics are good as well as the sound effects, so if you're into the simple games, then this might be the one for you.

As a button masher, Runic Rampage is fun but it's not much more than that. The overall graphics feel a bit outdated, the combos are very nice but you find yourself just tapping all buttons for a random combo.

As you progress, you level up and can increase your skills. However, it doesn't seem to have any significant effect on the way you play.

What I really miss in Runic Rampage is checkpoints. I found myself going through complete levels a couple of times before finishing them and it was very frustrating. I believe that checkpoints would have made this experience much more fun and suitable for mobile gaming.

Overall, it's a nice game but I am not sure I'd pay for it. 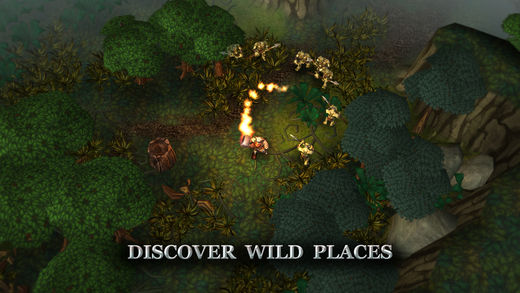 Runic Rampage is just a poor man's Dungeon Hunter. I'm trying to find something nice to say about it but it's just very average. The graphics are dated and look pretty poor on today's sharp screens and the animations are low budget.

The gameplay is uninspired as well, bringing very little new to the overcrowded hack and slash genre. The one redeeming feature is its lack of reliance on IAP like some of its rivals, but I didn't play long enough to care. Overall, this is disappointing.

Runic Rampage seems like a pretty competent dungeon crawler. I think they could have made it look a bit better - maybe by zooming the view out a bit. I'm guessing the developers were aiming for compatibility with as many devices as possible though.

There isn't much to it story wise either. You just follow a little compass arrow through each level, killing whatever you find and collecting loot. It's been done a thousand times before, but this one isn't too bad and doesn't look like it has too much reliance on IAPs.

With lore that reminds of Lord of the Rings and Warcraft, Runic Rampage plays pretty much like a classic hack and slash RPG. The setups reminds me a lot of KingsRoad in both gameplay and maps. The graphics looks clean and visually pleasant but there's nothing here that will amaze you.

The controls are very well adapted to mobile. You've got a virtual joystick for movement, and two buttons for attacking. It's a clever system as you can perform various combos presented with a short tutorial. They offer a variety of enhanced attacks. You'll probably spend most of your time furiously mashing the attack button though.

You can upgrade your abilities and weapons but it's pretty much standard in terms of an RPG. The story isn't worth writing home about either. It's a pretty standard plot about broken runes, an enemy ready to crush you, and a hero stepping up to save the world.

Overall, Runic Rampage doesn't bring anything new to the genre but is very well done nonetheless. There's nothing better than a hack and slasher to refresh you after a hard day at work. 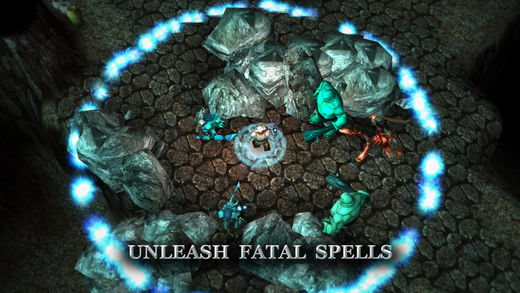 Runic Rampage lives up to its name. It's all about collecting runes while rampaging through a variety of levels.

The artwork and the story are both pretty good, and the procedurally generated levels try to keep things fresh and add some replay value.

It all feels a little been there done that though, and there's nothing exceptional about it. It's a pure button mash fest and there's not a whole lot of originality.

Might be worth a look but you won't miss much if you skip it.

Runic Rampage is a basic hack and slash where an arrow directs you along a dusty road. On the way you kill creatures, collect rewards, and upgrade your abilities.

The graphics are adequate, the music reminds me of a western movie, and the controls are easy to use.

The content is fun to play, with blood splattering the screen as you hack your way along, but it's nothing I haven't seen before.

One thing I found distracting was the view. I would have liked to see a little further ahead so I knew what was coming. 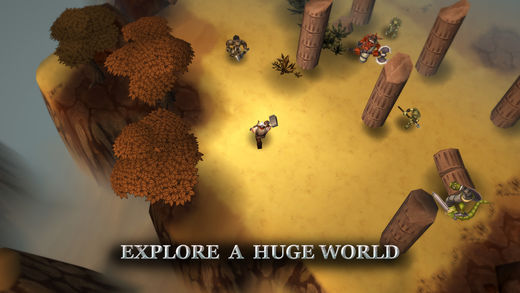 What's the App Army? The App Army is Pocket Gamer's very own community of mobile game experts. Each week, we provide them with a bunch of free codes and early access to the hottest upcoming games so they can provide their thoughts in features like this. We also host regular community-driven events with them in mind like tournaments, giveaways, and multiplayer evenings. To join, simply follow this link to the page on Facebook and request access. We'll get you in right away!
Next Up :
The best new mobile game of the week: Rocket League Sideswipe - 3 December 2021