If you're not aware already, Runic Rampage is on its was to iOS this week, and it certainly looks like a bloody experience. 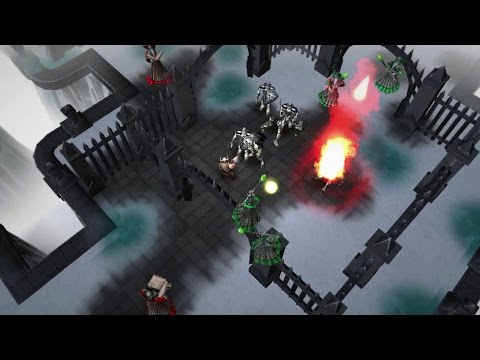 Subscribe to Pocket Gamer on
Play as the peeved dwarf, Grimbard, and rage through fantastical environments, swinging your mighty axe or hammer in Runic Rampage. Aside from the evident melee, master all sorts of spells and special attack combinations to deal fatal blows to your enemies.

Take on devious minions, big bosses, and hunt down fragments of the ancient rune stone to bring peace back to your people. This game features over-the-top violence through deserts, woodlands, and more as you uncover the reason behind your kingdom's chaotic spiral, and it's procedurally generated so you can have all the fun.

Runic Rampage heads to iOS and Apple TV this Thursday, November 2nd, and will be a premium title.