TOHO Games is bringing three new free-to-play Godzilla games that are all set for a worldwide release in 2021. The theme of all three games revolves around the Kaiju and Godzilla. The inspiration is drawn from HBO MAX’s Godzilla Universe. The three new titles will be available for both Android and iOS.

Among, Run Godzilla!, Godzilla Destruction and Godzilla Battle Line. The first in that list will be released worldwide today, excluding Japan. Meanwhile, the rest of the games will be available to pre-register.

Run Godzilla is all about the life of Kaiju and Godzilla. The player has to raise and feed them till they become stronger. After they have become strong enough to tackle the enemies, their time has come to leave the village and set out on their journey. Even if they have left, the game allows you to check up on them. Remember to raise them well so that they can pass on their abilities to their upcoming generation.

The next game, Godzilla Destruction, is a simple and easy to play game where you get to control the humongous body of Godzilla and destroy cities as you roam around the world. The controls are pretty basic and if you like destruction games a lot, then this one could be worth a shot. 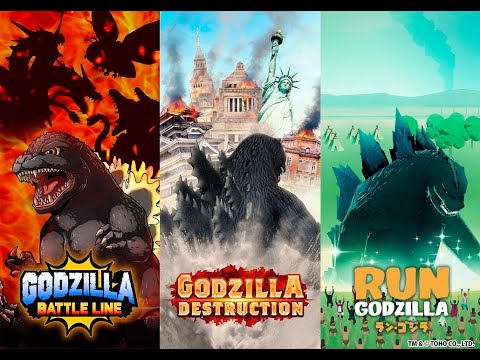 Lastly, Godzilla Battle Line is totally inspired by the series as it draws from all the characters, weapons and scenes. Conquer the world by entering a battle that lasts for only 3 minutes. Team up with other players around the globe and fight with them along with other monsters in real-time.

RUN GODZILLA is now available on Google Play Store and iOS App Store. It is a free-to-play game with in-app purchases.

Interested in other upcoming games that are currently in soft-launch in various parts of the world? Here are some of the most interesting looking games yet to release globally
Next Up :
Black Desert Mobile reveals new Drakania class alongside other major updates and announcements