Wrestling is, for the most part, ridiculous. It's about sweaty men lifting each other up and twirling each other around while rock music plays and bright lights flash everywhere.

Now, you could recreate that piece by piece, pixel by pixel, and you might get close to capturing the oiled up spectacle. Or you could take the route that Rowdy Wrestling takes. It's high on spectacle, utterly ridiculous, and an awful lot of fun.

If you've played Wrasslin', Colin Lane's other game about grappling, you're going to know what to expect here. But there's plenty more added that's going to pull you back in for a second bite.

Like before, you're controlling a single wrestler. You've got controls that move you left and right, and buttons that let you attack and jump. It's simple, but the chaos is built on the ludicrous physics that make up the heart of the game.

Pugilists bounce around, ramming against the ropes, flopping around like fish dragged out of rivers, and tumbling on top of each other like they're involved in a nylon-clad pile-on. 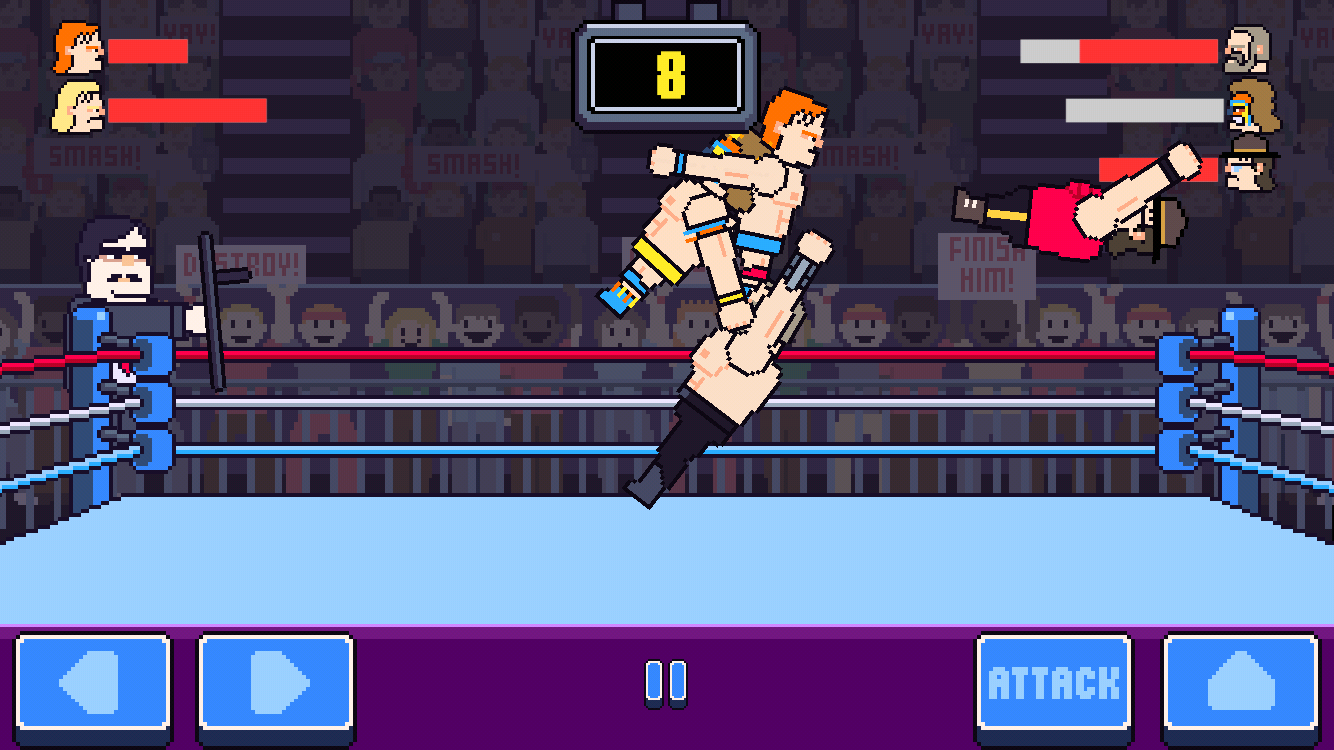 This time around though you're not just scrapping in mass-brawl rumbles. Instead you can choose to start a career, taking on wrestlers one on one and working your way up the ladder to become the champion.

There are different levels of difficulty to try and complete, as well as plenty of challenges to complete to earn more gold. That gold you can spend on new wrestlers who are stronger and better equipped than the ones you start with. 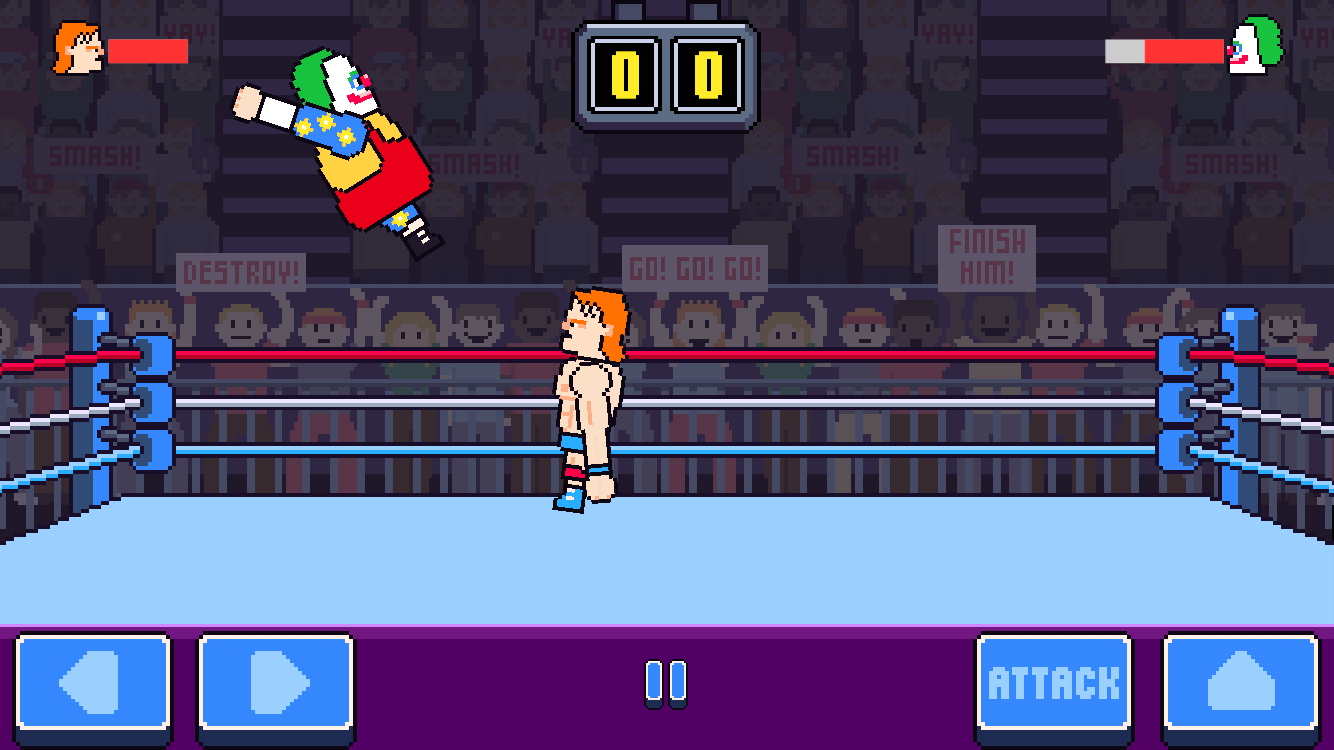 There are some other additions too, like weapons that are passed into the ring from the side. And there's a lot of references to both the classic and current eras of American professional wrestling.

All of these extra bits and bobs are great, but they don't quite distract from the slightly random nature of the scraps. Sometimes things just don't go your way, and that can be pretty infuriating.

But on the whole Rowdy Wrestling delivers on all of its promises. It gets its atmosphere just right, and it's almost impossible not to smile while you're playing it, for the most part at least.

There are times when you'll scowl in anger, but when Rowdy Wrestling gets things right, it's like stepping out into the ring and hearing the crowds of sign-waving fanatics screaming out your name.

Rowdy Wrestling is, for the most part, a perfect spectacle. And even when it gets a bit annoying, there's enough to keep you pushing on
Next Up :
Valiant Hearts: Coming Home Netflix review: "A touching war story from various angles"