Romans: Age of Caesar is now available on Steam, with an iOS and Android launch planned for later this year

We first covered Romans: Age of Caesar back in 2020. Since then, developer Firefly Studios has put the cooperative city builder through its paces in open beta. Now, it has fully launched for Steam and will release for iOS and Android later this year, though the developers haven't announced a specific date yet.

If you've missed our previous coverage, Romans: Age of Caesar is a co-operative MMORTS that offers city-building mechanics and the opportunity to dabble in politics. Firefly has described it as a spiritual successor to Stronghold Kingdoms, which saw success when it launched in 2012.

To begin with, you and up to 16 other players will need to work together to restore Rome to its former glory while forging alliances along the way. You also need to grow your economy to help expand your newly founded empire. However, it won't be easy. Barbarians will attack your cities, and other political threats will look to hamper your progress. 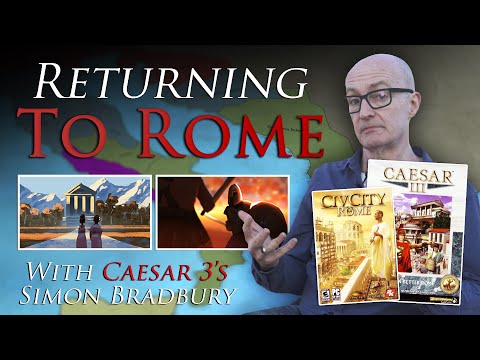 After establishing yourself in Rome, you can become part of the Senate. You will need to start at the bottom and climb to the top. The ultimate goal at this stage is to become Caesar and reap the benefits that come with that position. It's not easy at the top, though. Other players will be vying for your seat and will attempt to claim the coveted title.

Discussing Age of Caesar, Simon Bradbury, Firefly Studios co-founder, said: “Romans: Age of Caesar offers something truly fresh. I’m confident the city-building and RTS battles will be familiar to Stronghold fans, but the well-rounded strategy of the metagame, mixing in PVE and PVP elements across an ever-changing Roman empire map, will provide an experience unlike anything else out there.”

Romans: Age of Caesar is now available on Steam as a free-to-play game. It is expected to arrive on the App Store and Google Play later this year.

Enjoy strategy games? Here are some of the best you can find on Android!
Next Up :
CRISPR Crunch lets you defend against bacteria by sequencing DNA strands, now playable online with a mobile release to follow