It's been a little while since we last heard from Firefly Games' about their co-op strategy MMO Romans: Age of Caesar. In fact, we last covered in November 2020 during one of our LaunchPad events. But today, the developer has released the first in a new series of developer diaries before the game heads into open beta for PC on September 7th.

You can check out the new dev diary in the video below. It discusses strategies, the city building aspects and battling against endless numbers of barbarians. But, most interestingly, it features gameplay footage taken from the upcoming beta build, so it's a good chance to see how development is progressing. 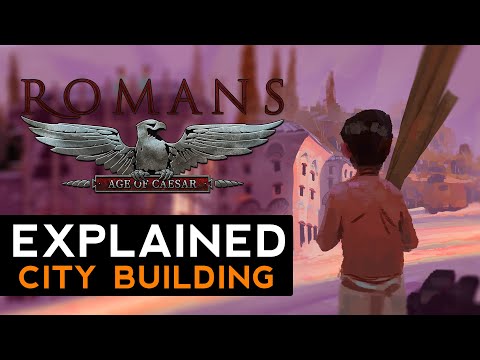 If you're unfamiliar with Romans: Age of Caesar, it is a cooperative, strategic MMO where up to 16 players per city will look to rebuild Rome together. But their own city isn't the only place to consider. Beyond its confines is a huge empire map where new cities can be built and alliances forged.

Players can fight against barbarian hordes in PvE or battle against other players and their allies in PvP. There is also a political aspect to be aware of that sees players working their way through the senate, with the ultimate goal of becoming Caesar. But, of course, it's not easy at the top. Other players will yearn for this position and the power it brings. So, even if you do reach the pinnacle of the senate, another politician will inevitably try and take your place.

Romans: Age of Caesar will release first on Steam in early 2022 before heading to the App Store and Google Play in the summer. It will be a free-to-play game with in-app purchases.

Looking for more strategy games you can enjoy on your phone? Here are 25 of the best available for iPhone and iPad
Next Up :
Polity is a life sim MMORPG where you can rule or be ruled, out now on Early Access on iOS and Android

Romans: Age of Caesar is now available on Steam, with an iOS and Android launch planned for later this year