Japanese developer Zoo Corporation's latest game RogueRun – Abyss Tower is now available for iOS and Android devices. As the name makes very clear, it's a mixture of an endless runner and a roguelike game.

It sees you exploring a series of randomly generated dungeons using straightforward controls that only require you to tap left and right. Despite the simple setup, your character will be able to jump, roll and scale walls as you plunder dungeons for loot. 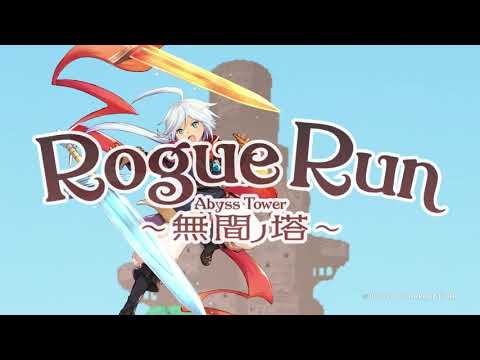 There will be a variety of weapons to choose between for slaying your enemies in RogueRun - Abyss Tower that include the likes of swords, spears and staves. Each dungeon will also be littered with materials that you can bring back from your adventures to strengthen your weapons to make them even more potent in battle.

Weapons of the same type can also be combined, which will also further increases their strength. Not only that, but the gear you have equipped will also alter the appearance of your avatar. On top of that, you'll also be able to choose their colour, adding a smattering of customisation to proceedings.

RogueRun - Abyss Tower is available now over on the App Store and Google Play. It's a free-to-play game with in-app purchases.

Looking for more excellent roguelike games to play on your phone? Here are 25 of the best available for iPhone and iPad
Next Up :
Fortnite v21.20 update brings New Indiana Jones skin set, Charge SMG, and more