Psyonix has announced that Season 1 of Rocket League Sideswipe is now underway worldwide on iOS and Android. The developer has also provided details for an upcoming crossover event with Rocket League, the game's PC and console-based sibling, that will run until January.

Throughout Season 1, you will be able to earn a bunch of cosmetic items by simply playing Online Matches in Rocket League Sideswipe and progressing through the free Rocket Pass. For anyone a little more competitive, you can compete to achieve the highest Competitive Rank possible, with rewards given out when the season concludes based on performance.

If you participated in the Pre-Season, you are due a reward based on the Competitive Rank you manage to achieve. More details about those rewards and Season 1, in general, can be found on the Rocket League Sideswipe's official blog post. 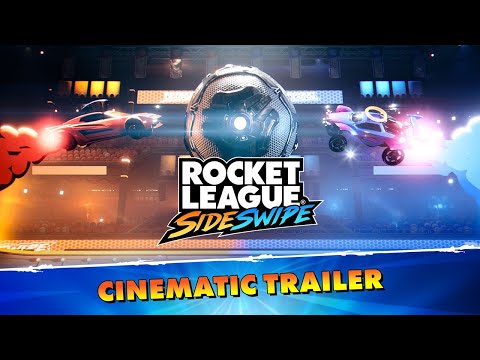 Psyonix also announced that a crossover event will also kick off today and stick around until January 25th. By completing two Challenges in Sideswipe, you can net the Nuhai Inverted Wheels and the Wow! Goal Explosion in both Rocket League and Sideswipe. Additionally, if you log into Sideswipe before the event ends, you'll get the track Water Resistant by Anamanaguchi as a Player Anthem in Rocket League.

However, to nab these rewards, you will need to make sure you log into Rocket League Sideswipe using the same Epic Games Account you use for Rocket League. Finally, the Sideswipe soundtrack is now available in Rocket League as a separate playlist. You can check out those songs in our recent news article.

Rocket League Sideswipe is available now over on the App Store and Google Play. It is a free-to-play game with in-app purchases.

Looking for more sports games to play on your phone? Here are 25 of the best available for iPhone and iPad
Next Up :
Embark on a journey to conquer the wilderness in Fantastic Beasts' Legend, out now on Android and iOS

Rocket League Sideswipe: How to do air rolls?