Rise of Stars is inviting everyone to pre-register for the sci-fi MMORPG from LightCON. Featuring massive global battles and a thrilling SF 4X experience, the game is also holding an NFT pre-sale along with its pre-registration event.

In Rise of Stars, players can expect an engaging 4X blockchain experience on the WEMIX platform. A vast interstellar adventure awaits explorers aboard elaborate warships, and players will have to strategise how to gather rich resources across the galaxy. There will also be real-time warfare as you venture out into space, so enhancing your firepower to withstand incoming attacks is a must.

As for the blockchain side of the game, a new game token called "Silthereum" will be obtainable via the exchange of "Silther Particles". These in-game resources can be mined in the Warship Carrier. Because resources are limited, players must secure their share by boosting their plundering prowess. 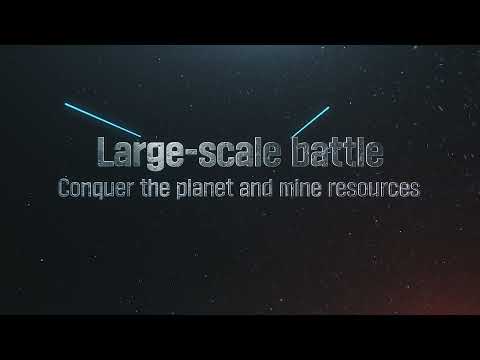 If you're eager to give the game a go, Rise of Stars is available for pre-registration on the iOS App Store or on the Google Play Store for Android devices. It's a free-to-play game with in-app purchases. You can also take a sneak peek at the game on the embedded YouTube clip above, or head on over to the official website to stay updated on all the latest developments.

Are you on the hunt for more multiplayer titles on your mobile device to put your skills to the test? Why not take a gander at our list of the top 28 best multiplayer games for Android phones and tablets?