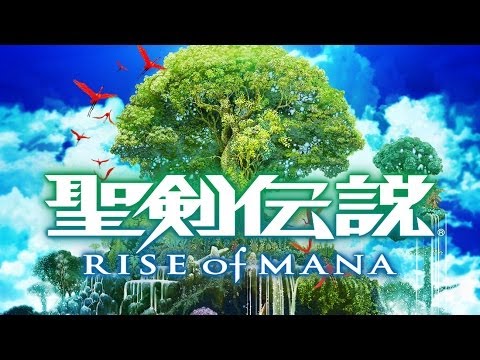 Fans of Secret of Mana will want to pay attention right now. Square Enix has unveiled a new RPG for Android and iOS called Rise of Mana. It's Japan-only for now.

Alongside the announcement of Rise of Mana, a website for the game went live today and a trailer surfaced on the interweb (embedded above).

All we know at this stage is that Rise of Mana is obviously based in Squeenix's ever-expanding World of Mana universe, and that it's a free-to-play RPG. So, yes, expect micro-transactions.

According to a NeoGAF user who has translated the Rise of Mana website, Rise of Mana will be heading to iOS first. The Android version will go live later in 2014.

Next Up :
The Pokemon Go Fest 2022 world tour has now extended to Seattle for celebrations, tickets available now

Rise of Mana is not coming west, shutting its Japan servers on March 31