InnoGames has announced the official release of Rise of Cultures, a new city builder game that's out now on both iOS and Android devices. The new mobile title lets players establish their empires and build cities across humanity's various cultures along with exhilarating PvE battles done in real-time.

Rise of Cultures boasts allied cultures players can tinker around with based on actual history. The strategic city-builder game features historical characters and events where, for instance, players can settle in Egypt in the age of Classical Greece.

“Rise of Cultures places players into a beautifully crafted world. City Building fans, new or old, will feel right at home in our most accessible title to date,” says InnoGames Chief Product Officer Christian Reshöft. “We saw strong cohort development throughout our Soft Launch and are now ready to delight players worldwide with exceptional content for years to come.” 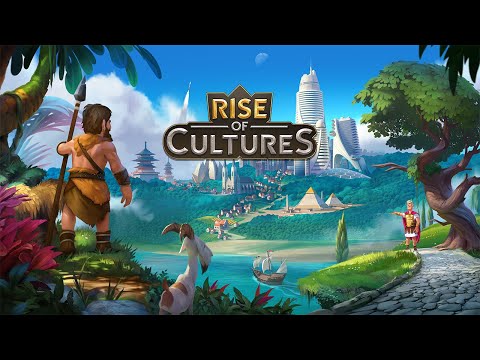 "With Rise of Cultures, we are launching a new strategic city builder that benefits from all our genre expertise at InnoGames. During the Soft Launch, we saw strong user growth in the United States, France and Germany. I am especially proud of the team's achievements and the great feedback from our entire community. The different playable cultures offer a lot of variety and we are continuously working on updates, events and further content for Rise of Cultures," says Product Head Salvatore Calì.

If you're eager to give the game a go, you can download Rise of Cultures on the iOS App Store or on the Google Play Store for Android devices. It's a free-to-play game with in-app purchases.

Next Up :
Masketeers: Idle Has Fallen celebrates Lunar New Year with new costumes and themed events