Low-poly multiplayer battler Rider.io now has an expected release date of June 10th for iOS, with an Android version currently available in early access. This one's a medieval battle royale of sorts where you'll ride all manner of creatures into battle, from standard horses to boars, wolves, and even mighty dragons.

On death, enemies erupt into a shower of coins, though special rewards can also be obtained by slaying the roaming treasure chests that chase after and try to eat you. Combat looks fairly intense, with a large focus on ranged attacks as the rider. This is given some extra variety thanks to the selection of arrows you'll have at your disposal, such as poison arrows, frozen arrows, corrosive arrows, and more.

Speaking of riders, there are plenty to choose from, each with their own distinct look. Some of the characters I've seen include pirates, vikings, thieves, and skeletons. As you continue to level up, you'll also unlock new playable animals and neat variations of each type. These all come with their own buffs to things like damage output when using skills. 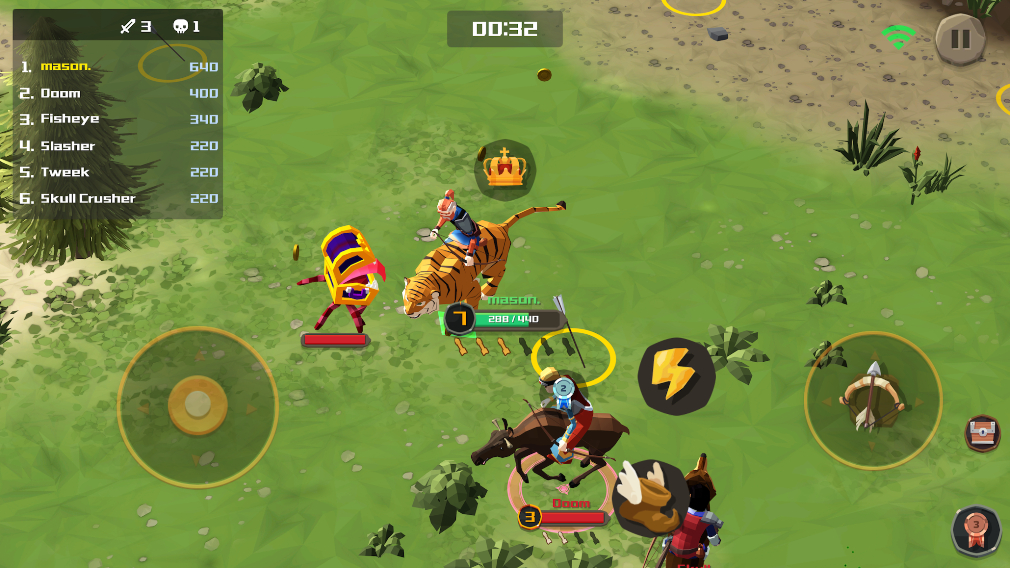 It looks like it could be a pretty good time, and those feeling a bit impatient will find Rider.io available for download right now in early access for Android. iOS players will have to wait until next Wednesday, June 10th, to start riding their pet dragon into glorious battle. You can of course pre-order the game today on the App Store if you so please.

In need of some top-tier multiplayer games to while away the hours? Here are 25 of the very best for iPhone & iPad
Next Up :
Kingdom Hearts Union X reveals release date for final update that closes out the story and turn the game into an offline RPG