Out now for iOS, launching later for Android

Retro Drive is a newly released arcade racer that delivers retro thrills and a killer synthwave soundtrack. It's just launched today for iOS, with an Android version currently in the works and set to launch later this year.

As you might imagine, there's a large focus here on its sense of style, 80s presentation, and of course the soundtrack itself. It's got pulsing neon and heavy synths for days, which will no doubt please fans of this very specific genre. 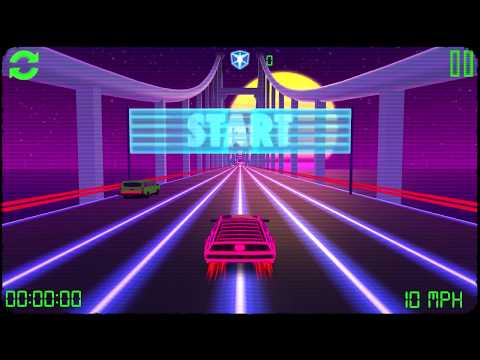 Some of the contributing artists on the soundtrack include 80s Stallone, Fantom '87, Futurecop!, Highway Superstar, Lost Outrider, Michael Oakley, Neon Nox, New Arcades, Paradise Walk, Stilz, and Sunglasses Kid. The full tracklist can be heard in-game thanks to the inclusion of a jukebox.

There are currently eight handcrafted, hugely stylish levels to work your way through, each with their own tricky challenges to overcome. Beyond the core racing action, all of the game's levels also have individual stories to tell.

And no racer would be complete without some customisable rides to get creative with. There are only two available right now, but a further three are planned to arrive at a later date.

Retro Drive is now available for download as a free-to-play title from over on the App Store. Definitely looks like it could be decent fun, though I reckon the soundtrack might be its biggest draw.

On the hunt for some top-tier racers? Here are 25 of the very best for iPhone and iPad
Next Up :
Mech Arena’s Mechs are Here event that aims to donate to the AbleGamers foundation is now live