Resource War lets you team up with other players to fight over resources in space, out now on iOS

Developer Ivan Panasenko has officially announced the launch of Resource War, letting players on iOS get their hands on the team-based multiplayer RPG on mobile. The game features a sci-fi setting where players need to join forces as brave space marines to fight over control of space resources.

As the title of the game suggests, Resource War lets players duke it out over resources as they upgrade their weapons, equipment and armour to get the upper hand. They have to best their foes as they upgrade their skills and customise unique appearances for their characters. Players form a team of four across randomly generated levels to ensure that no two rounds are the same.

The game boasts stylised graphics and distinct character art, as well as a storyline set 50 years after the events of Endurance and Ailment - two of the developer's other titles. It features multi-language support in Ukrainian, Polish, English, Italian, Portuguese, French, Turkish, German and Spanish. It has cloud save support as well, and will require an internet connection as it's the only way to connect the multiplayer game with other players. 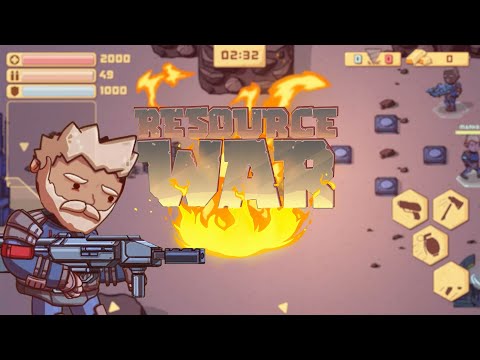 If you're eager to join in on all the fun and experience the game for yourself, you can now download Resource War on the iOS App Store. It's a free-to-play game with in-app purchases. You can also visit the official website for more info, join the community of followers over on the official YouTube page to stay updated on all the latest developments, or have a look at the embedded clip above to get a feel of the game.

Are you on the hunt for more similar titles that will put your skills to the test on your mobile device? Why not take a gander at our list of the best Android multiplayer games?

Next Up :
Alchemy Star's latest event Farewell, My Wonderland shows players how life blooms in a war-torn battlefield