The increasingly popular Rec Room has announced a new partnership today that will likely bring new sports fans over to the game. That collaboration is with none other than the NBA, arriving just in time for the 2022 NBA Playoffs, which Google Pixel is presenting.

The partnership will introduce the NBA Experience, which you can access during the 2022 NBA postseason. In this special area, you can meet up with other basketball fans to simply shoot some hoops or attempt trick shots if you feel like showboating that day.

Unsurprisingly, the NBA Experience will also introduce new outfits and accessories to the game. Players will be able to purchase a t-shirt from all 30 of the NBA teams alongside other accessories for their avatar to wear. So whether you're an LA Lakers fan, an avid supporter of the Milwaukee Bucks, or the sport in general, there's sure to be something new that interests you. 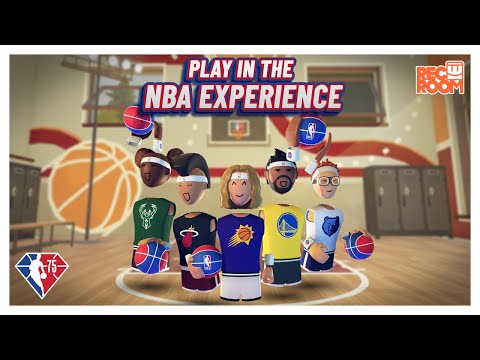 If you are here because the NBA was mentioned and are unfamiliar with Rec Room, it is effectively more of a platform than a game, in the same vein as Roblox. This means players can create games without knowing a line of code while using Rec Room as a place to hang out with their pals.

It promises to be a welcoming and easy to navigate platform, a claim backed up by the 60 million users it currently boasts. It's also available on pretty much everything you can imagine, including PlayStation 4/5, Xbox Series X, Xbox One, PC via Steam, Oculus Quest, and most importantly to us, iOS and Android.

Rec Room is available now on the App Store and Google Play. It is a free-to-play game with in-app purchases.

Are you interested in getting into Rec Room? Check out our guide for getting started so you can hit the ground running
Next Up :
A Game of Thrones: The Board Game – Digital Edition launches a new DLC called A Feast for Crows

Getting started with Rec Room on mobile

Rec Room: A few Disc Golf tips to help you