Rec Room, the social gaming platform, is launching a new multiplayer game called Rec Rally. Rec Room provides a way for millions of players to communicate, hang out, play numerous games and just have fun. It is free-to-play and allows cross play on pretty much every device ranging from mobiles to consoles and even VR. It’s the perfect mix of video game meets social media. 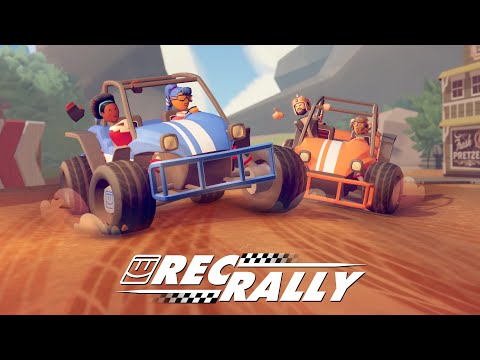 And now to this family of 25 million strong comes the first racing game for Rec Room – Rec Rally. It is an off-road rally racer allowing up to six players to play against each other. Get into the driver’s seat and boost, bump, and powerslide your way to the finish line because your only goal is to get there by any means necessary. Players will race inside of a buggy with each being controlled by one person. But the competition only starts when the signal turns green. Before the race begins, up to three players can get into a single buggy and joyride around the map.

Rec Rally will come as a welcome addition to Rec Room’s plethora of games as fans have been asking for a racing game for years now. It’s also worth mentioning that Rec Rally isn’t your typical racer where you just get into the car, drive, and win. There’s a tonne of fun things to do as well, like going off on a road trip with your friends or even battling against other vehicles by shooting other drivers with a paintball gun! The possibilities are endless. Just get on the road and make some memories.

Rec Rally officially launches on September 29th for free on all formats – Android, iOS, PlayStation 4 and 5, Xbox Series X and One, PC and VR headsets. Remember that these games have been fully optimised for cross platform play so no matter what the format is, you can play alongside your friends.

Check out the top racing games to play on mobile!
Next Up :
Knight's Raid: Lost Skytopia is a brand new fantasy idle RPG that is now out on Android