Mobile gaming giants King has announced something a little different for its next project. It is a PvP action game called Rebel Riders that sees a gang of misfit toys doing battle in an underground arena after being mistreated by their owners one too many times.

The game's roster includes action toys, stuffed animals, dolls, and even cereal box mascots. They're all looking for a chance to prove their worth in vehicular combat. The rides available include everything from jeeps to tanks to mechanical spiders. Both the characters and vehicles can be customised.

Rebel Riders will boast a variety of 3v3 game modes, such as team deathmatch, Stash the Cash, and Bomb the Base. Elsewhere, if you're a fan of battle royales, the game will feature a mode where ten players fight to be the last toy standing. You can check out the trailer below to learn more about Rebel Riders and see it in action. 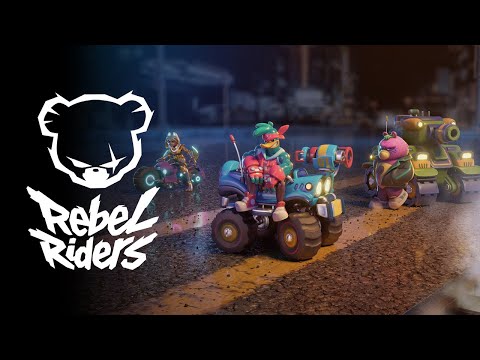 Currently, King is hosting a playtest in Canada, Germany, Malaysia and Indonesia for Android. So, if you happen to be in any of those countries, you can play the game right now. But you will need to be quick since the test is only running from today until July 19th.

Obviously, the game is still early in development, so don't expect a global launch for a little while yet. However, King is keen to engage with its community as much as possible and use their feedback to shape Rebel Riders. So, if you play the game and want to share your thoughts with the developers, make sure you join the official Discord.

If the development goes well, Rebel Riders will eventually release on the App Store and Google Play, though there is no release date yet. So, if you want to keep updated on the latest developments, you can follow the game's Twitter account or sign up for the newsletter on the official website.

Enjoy multiplayer games? Here are some of the best available for Android
Next Up :
Noah's Heart, Archosaur's anticipated MMO, officially launches later this month