Rebel Racing is Hutch Games' new racer that will see you competing in events along the West Coast of the US. The team behind it also boasts some industry veterans including the likes of Ian Griffiths who has previously worked for Lionhead Studios and Glu Mobile. It's available now for iOS and Android.

The game was actually released a few days ago and has already pulled in some impressive numbers. It's reached number 3 in the UK racing charts on the App Store and has accrued over 100,000 downloads on Google Play and people seem to be enjoying it.

From a visual perspective, it's not hard to see why. Driving games are often some of the best looking on their respective systems and that's often the case on mobile too. Rebel Racing looks great, as you can see from the trailer below with a plethora of impressive-looking fully licensed cars. 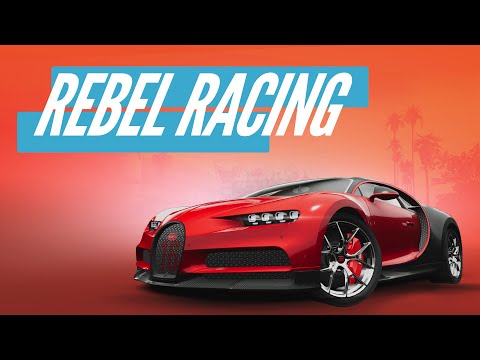 Some of the cars available include the likes of the Bugatti Chiron, Chevrolet Camaro ZL1 and the Ford GT. There will also be a mixture of classic and modern cars, as well as off-road and on-road. SO if you have an affinity for those types of vehicles over those ludicrously expensive supercars then you're also catered for here.

You'll be able to choose from an array of customisation options to make your ride look exactly how you want it. The game promises realistic driving physics alongside turbos because any good racing game needs a speed boost option.

Hutch Games are no stranger to this type of game either, having previously release Hot Wheels: Race Off, which has been download over 50 million times since its initial launch. They certainly have the pedigree.

Rebel Racing is available now through the App Store and Google Play. It's a free-to-play game with in-app purchases.

Nominate your Game of the Year for the Pocket Gamer People's Choice Award 2020.
Next Up :
Happy Clinic lets you run your own hospital, available now on Android and iOS