It's a busy time at Ndemic Creations

It's been a busy time over at Ndemic Studios recently. Last week they released The Cure expansion for Plague Inc and now they've updated Rebel Inc with a large update that was initially teased back in July this year.

This has introduced a new campaign mode to the insurgency simulator where you'll look to carry out large-scale operations in multiple regions in order to bring peace to the whole of that country. It'll be integral that you come up with tactics and sufficiently manage your resources to overcome the plethora of challenges that will come your way. 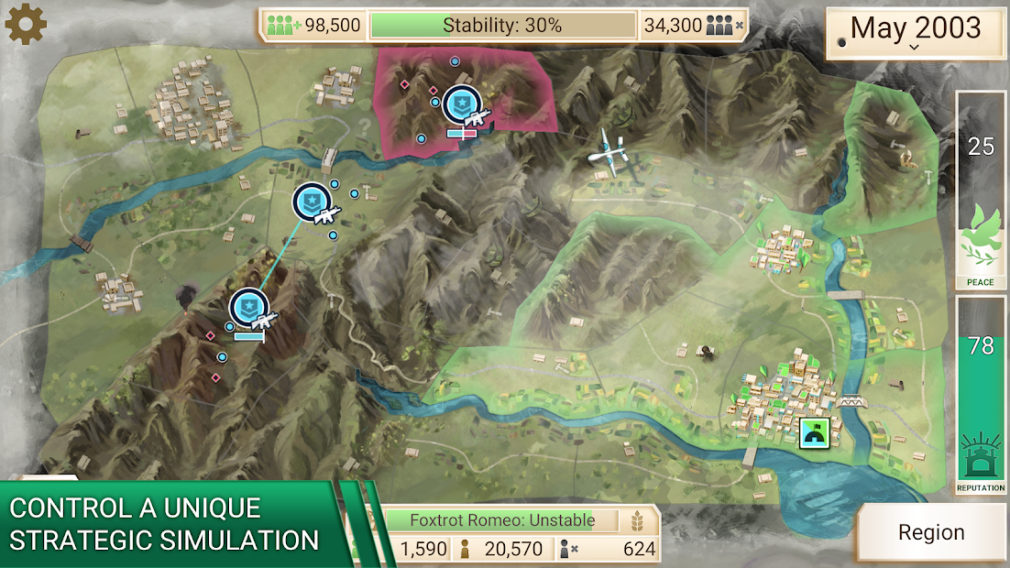 Throughout the campaign, you will encounter various additional features. The first of these is Adaptive Insurgency which will see Insurgents learning new tactics as the campaign wears on to throw up new challenges to keep you on your toes. This will include sleeper cells, ambushes and swimming lessons, apparently.

Another feature within the campaign will be Powerful Tactics. This means that each time you stabilise a region your abilities and resources will be expanded. It will also open up a plethora of strategic opportunities that will include the likes of Sniper support, advance development experts and indestructible garrisons.

The final thing you can expect to find in Rebel Inc after the update will be Dynamic Maps. This will introduce procedural maps to keep each one feeling fresh. That means regions can contain a combination of Crime Syndicates, Armed Supporters, No-Fly Zones and Soviet Bunkers.

Rebel Inc is available now over on the App Store and Google Play. It's a premium title that costs $1.99 with additional in-app purchases available.

Searching for some high-quality strategy games to play on the go? Here are 25 of the very best for iPhone and iPad
Next Up :
The Mana Series’ fourth installment The Legend of Mana has been remastered for Android and iOS