Hunt it down on iOS and Android soon

MMORPG Rangers of Oblivion has been confirmed for release on iOS and Android devices this month, and it promises to bring monster hunting, fantasy thrills and more to mobile.

Developed by NetEase and published by YOOZOO, the game invites players to join an elite faction of master hunters who are sworn to protect the land of Malheim, a sprawling 3D fantasy realm that will test every inch of your tracking, combat, treasure-hunting and survival skills. 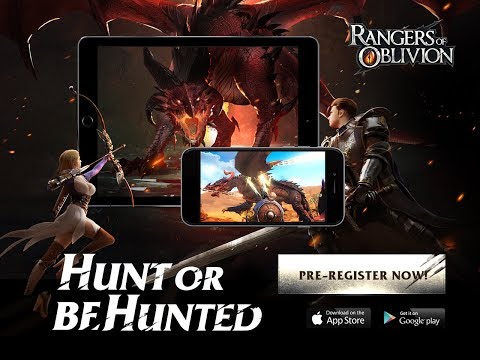 Malheim is touted as the ultimate monster-hunting playground, and Rangers can tackle it solo or team up with friends. There’s plenty to see and do there, from beating the main quests and challenges, to catching wild horses and cooking exotic dishes in your spare time.

Rangers of Oblivion places a lot of emphasis on character customisation, more than you would usually find in a mobile title. Players have control over everything from the shape of their Ranger’s nose, to the hunting gear at their disposal, and they can upgrade their hero as they progress thanks to the rune system, which unlocks new skills and abilities.

MMORPG staples such as weapon and armour crafting, looting and side quests have also made the cut.

Rangers of Oblivion will be available on Google Play and AppStore later this month firstly in Europe, North America, South America and Oceania. Pre-registration for the game is open now and players who sign up before release will be treated to special in-game rewards. A brand new trailer is also ready to give you a taste of this upcoming MMORPG.

Hunt huge monsters or die trying in Rangers of Oblivion, brand new to Android and iOS