Hunt huge monsters or die trying in Rangers of Oblivion, brand new to Android and iOS

Watch out Monster Hunter - there’s a new game in town

If you’re a fan of Monster Hunter, Dragon Project and the like, but looking for new pastures full of unslain beasts, you’re in for a treat. Developer NetEase has thrown down the gauntlet with Rangers of Oblivion, an MMORPG monster hunting game for the mobile. Previously launched in China as Soul of Hunter, it’s finally available across Western territories, published by Yoozoo, under a shiny new name. Expect plenty of fun to sink your sword into.

Rangers of Oblivion puts you in control of the newest member of a fierce monster hunting faction, charged with saving the besieged land of Malheim. You’ll complete quests, engage in real-time combat using six weapon types and explore a rich fantasy world. As you progress from fresh-faced trainee to veteran monster basher, you’ll develop skills in tracking, treasure hunting and survival. The behemoths stalking the wilds beyond the town gate won’t go down easily, though…

Plenty of have-a-go hunters have been testing Rangers of Oblivion in the closed beta, so there’s already a healthy population of players to join. Reception has been warm, with some players commending the quality of the voice acting, the crafting function, the way weapon upgrades add to the variety of battle styles and how your character isn’t moulded around a fixed class, but can be changed whenever to suit your way of play. 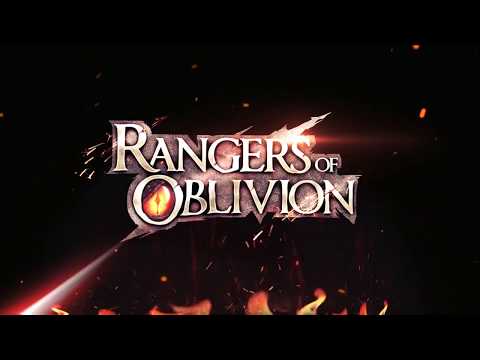 So start roaming , hunting and befriending in Rangers of Oblivion, now available in Europe, North America, South America and Oceania from Google Play and the AppStore. For news, updates and offers, follow the official Facebook page.