RainbowTail is a match-three RPG puzzler, coming to iOS on September 26th

For those who love colour, cuteness, and strategic elements to their gameplay, you might find RainbowTail is right up your alley. 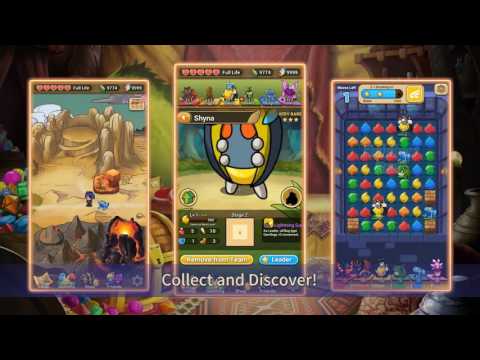 Subscribe to Pocket Gamer on
RainbowTail is a bit of a hybrid between match-three with a sprinkling of RPG mixed in there for good measure. Here you'll have to match up icons, collect your adorable Gremlings, and restore colour to the world to defeat Darktail and his gang.

I know that sometimes the mention of a match-three will have you running in the opposite direction, but this seems to have some real strategy packed in.

Matching four of the same gems summons a pet (there are 300 to collect) which can then be used to launch an attack on nearby enemies.

Each type of pet is defined by its own stats, traits, and attack range, and can be identified by colour - i.e. a common 'Fire' (red) pet can move up, down, and side to side but doesn't have a huge attack power. The legendary 'Magic' (purple) pets on the other hand have a special movement position and really pack a punch, but they're super rare to come by.

Read up on the game a little further on its Wikia site here and let us know what you think of it in the comments below. RainbowTail will be arriving on iOS on September 26th with Android coming not too long afterwards.