Dire Wolf Digital is no stranger to the mobile marketplace, having previously worked on a handful of board game adaptations including Lotus and Lanterns. Raiders of the North Sea, however, is so packed with quality that it feels like a new milestone for the developer. 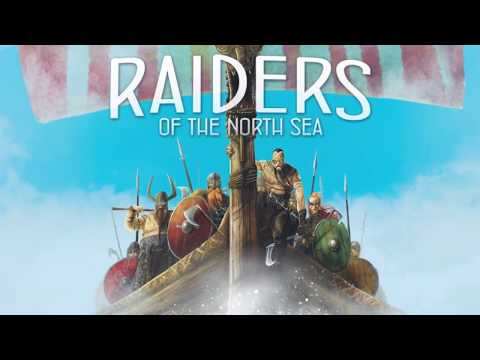 It comes complete with a 10-mission campaign mode, a vs AI skirmish mode as well as local (pass and play) and online multiplayer. Due to the turn-based nature of the game it's a really solid fit for pass and play, and the fact that the online multiplayer can be either live play or staggered (asynchronous) is a really nice addition.

When push comes to shove, Raiders of the North Sea is a worker placement game,.You take on the role of a ship's captain who must stock, crew and utilize their ship to steal the most goods and glory. This plays out as each player's round having them place one token and remove another from the placed pool - receiving tokens and cards based on the locations and worker type. These worker tokens start out as low value, however as you complete successful raids you can unlock alternative versions which give you different rewards for some of the worker placement actions. There is another option to placing and claiming a worker token though - you can raid, but we'll get to that later. 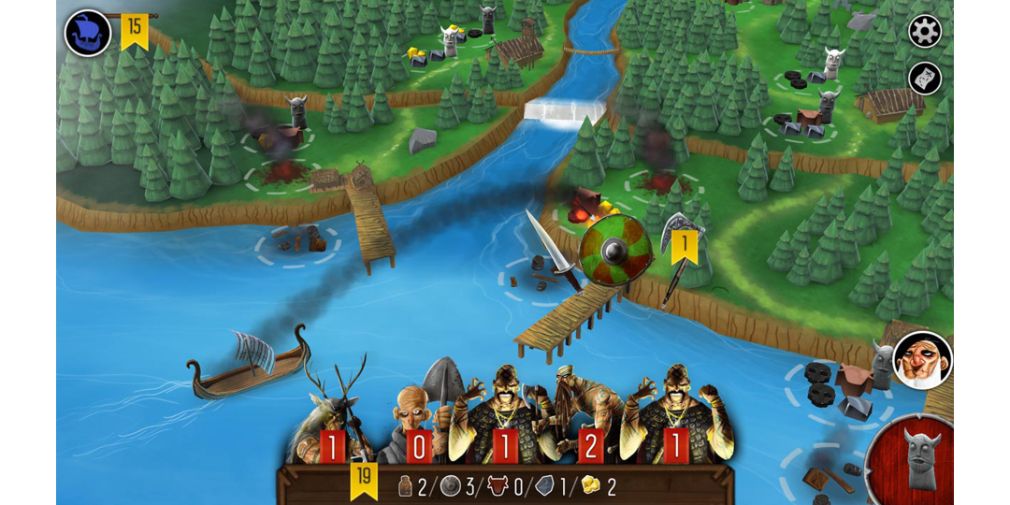 The main play area is the village. It contains eight different locations where workers can be placed with some of of them having more than one slot to have workers placed. There are places like a Mill, which offers grain, or the treasury, where you can trade cards from your hand for coins. There's also The Longhouse where you'll be trading coins and winnings from raids for extra victory points.

Aside from the village there's a long river which features ports, outposts, monasteries and fortresses, these are what you'll be working up toward raiding. There's a natural progression in that easier targets (which require less military strength to defeat) will give lower rewards and offer less potential victory points. As the rewards ramp up the requirements also do, with some demanding the death of crew members as part of the conquest.

Each crew card has multiple uses, with some of them offering passive bonuses to your crew, some giving rewards when they die in battle, and others giviing greater rewards for your domestic efforts.

Gaining new crew members is as simple as spending a worker to gather new cards, and then visiitng the barracks to recruit from your deck. This is where the grain and coin tokens redouble their effects as each crew member has a cost to recruit. This ensures that there's a clever pacing to the game, as those who raid too voraciously will find their crew and coffers empty, which will take several turns to rebuild. 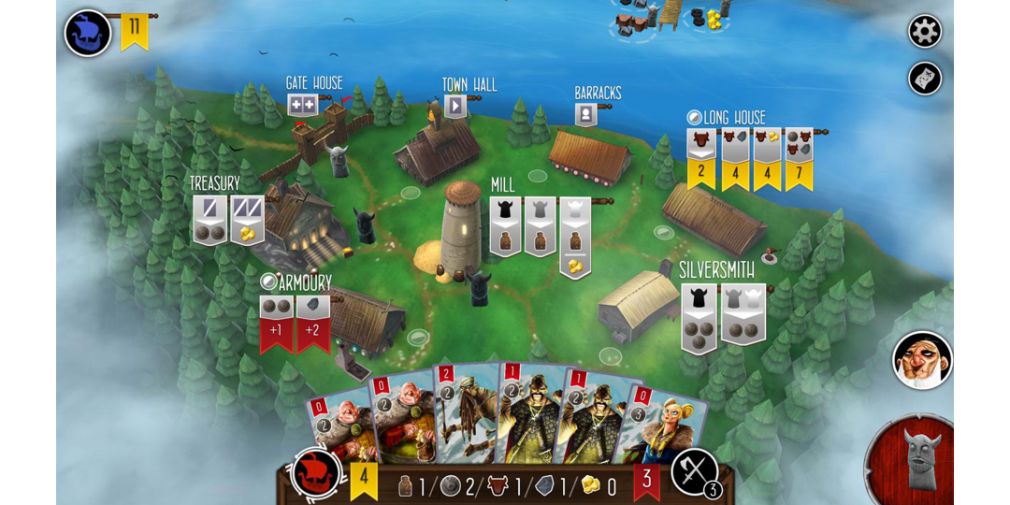 The crew artwork is easily the highlight of the game and while some might argue that when you're working with an award-winning system it's hard to go wrong Direwolf Digital have done a great job with their adapatation efforts. They could have easily put in a lot less effort than they did with their adaptation of Raiders of the North Sea, but - even down to how the hired crew stack in front of each other - it bleeds extra care.

The only negative for me, then, is the speed of some of the animations. There are options to speed up enemy turns, which is welcome (and should be in more games) however some of the gameplay animations still take some time to play though, dragging out turn-times to be longer than they need to be.

Raiders of the North Sea is available now on both the Play Store and App Store. You can also find it on Switch and PC.

When you take an award winning, perfect board game and you give it to a qualified, competent team, you get a perfect digital board game adaptation.
Next Up :
PUBG New State review - "Not-so-new state, but still enjoyable nonetheless"