Ragnarok: The Lost Memories is the popular franchise’s latest addition, available for pre-registration now on Android and iOS

The latest game in the Ragnarok series, Ragnarok: The Lost Memories has officially begun pre-registrations on Android and iOS today. Developed by Gravity Interactive, the newest addition will see players travel through Midgard, a world full of trials and adventures. The story focuses on Perr, a swordsman who one day wakes up on Mount Mjolnir with amnesia. As players progress through the story, they will help Perr travel all around Midgard, meeting new people, fighting enemies, completing quests, and slowly piecing his memory together.

How did Perr end up in Midgard in the first place? He doesn’t remember. But what actually happened was that Perr lost his mind while playing a game and after waking up he found himself inside a mysterious fantasy world! This Jumanji-esque adventure begins with a confused Perr being attacked by frightening monsters. However, he is saved by Rina, a powerful witch with a rather feisty personality. 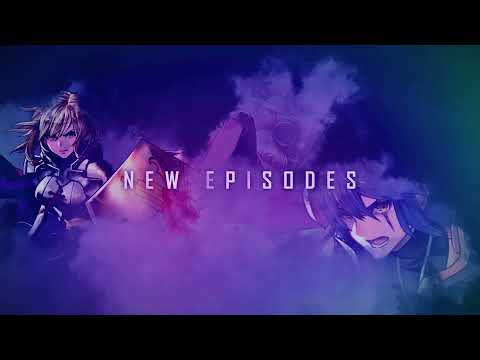 The world of Midgard also has a lot to offer. It consists of places like the Mage Tower created by wizard Mora, with each floor posing a different trial offering unique rewards. The Halls of Valhalla are training grounds for gaining levels where you can fight with Valkyrie Brynhild and her warriors. Defeating new enemies here daily will help level up skills. The Arena of Prontera gathers fighters from throughout the continent for a huge battle. Use the right cards, read your opponent’s well and you’ll be on the top. Other unique places to see in Midgard include the Dimensional Crack which houses the Ruler of the Rift, hidden and closed dungeons, bars to listen to rumours, and the Midgard Festa - a gathering point for all festivals.

Ragnarok: The Lost Memories also adds a new card battling system. There is an entire roster of heroes and monsters that can be combined in many different ways to create the perfect team to battle in over 200 dungeons, contests, and more.

Jump into the massive world of Midgard, explore its stories, fight monsters, and help Perr find his memory by pre-registering for Ragnarok: The Lost Memories, on the App Store and Google Play. Players will earn some pre-registration rewards too when the game officially launches.

Also, check out the top JRPG games to play on mobile!
Next Up :
Myst Mobile, a new and improved 3D remake of the legendary 1993 puzzler, is due out sometime in the future on iOS

Ragnarok: The Lost Memories will release for iOS and Android in Brazil and North America next week