Ragnarok: The Lost Memories will release for iOS and Android in Brazil and North America next week

Gravity Interactive has announced that folks in North America and Brazil can start playing its latest RPG Ragnarok: The Lost Memories next week. It will release for iOS and Android on January 13th in those regions, with pre-registration available now.

To celebrate the impending launch, Gravity Interactive is hosting a Facebook like event between now and January 29th. Anyone who likes and comments on the event post will be entered into a draw. Everyone who does so will receive in-game rewards, while a lucky few will win Google Play gift cards.

If you're unfamiliar with Ragnarok: The Lost Memories, it is an RPG that follows swordsman Perr, who is suffering from a bout of amnesia after waking up on Mount Mjolnir. You will have to help him recover his memories by venturing through over 200 dungeons and chatting with numerous NPCs. 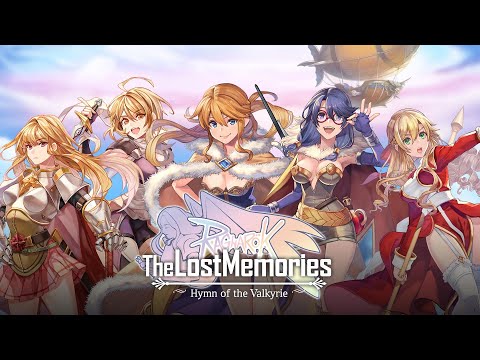 The game will feature a card battling system with RPG elements thrown in to mix up the usual experience the genre offers. There are numerous hero and monster cards to collect, with each possessing different skills alongside varying offense, defense, and support stats. You can level up these cards to increase their potency and unlock additional powers.

Once you've assembled a powerful deck, there are multiple game modes to enjoy. The Mage Tower has several ranks for you to climb while you can test your skills against others in PvP. Ragnarok: The Lost Memories also has a Guild system, allowing you to team up with your friends to fight against monsters and complete quests to earn rewards.

Ragnarok: The Lost Memories is available to pre-order now on the App Store and Google Play ahead of its release in North American and Brazil on January 13th. It is a free-to-play game with in-app purchases.

Looking for more RPGs to play on the go? Here are 25 of the best available for iPhone and iPad
Next Up :
Myst Mobile, a new and improved 3D remake of the legendary 1993 puzzler, is due out sometime in the future on iOS

Ragnarok: The Lost Memories is the popular franchise’s latest addition, available for pre-registration now on Android and iOS