Puyo Puyo Quest is coming to the west, but under a strange new name

Mean Bean Machine all over again 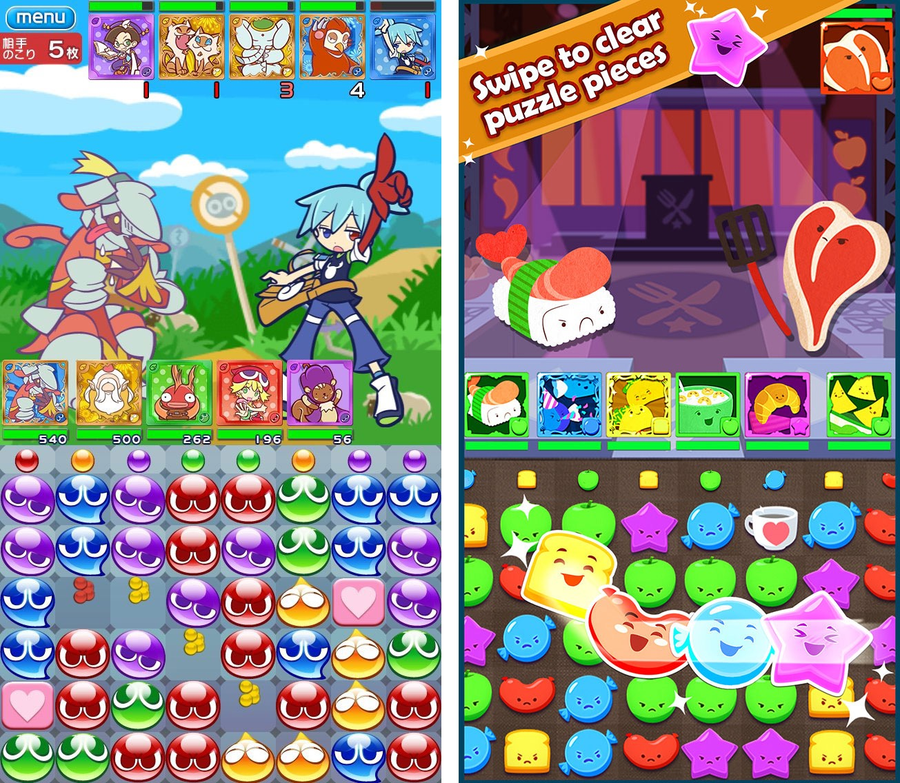 It looks like Sega's hugely popular match-three RPG Puyo Puyo Quest is coming to the west, but - like the first Puyo Puyo game - it has been given a complete makeover for audiences outside of Japan.

The game is now called Cranky Food Friends - a Delicious Drop & Match RPG. The Puyo slimes and anime heroes are gone, and in their place you'll find various items of food with cartoon faces.

There's a steak that wants to murder you. A bowl of cereal that has eyes for some reason. A sentient pasta octopus, with a screaming mouth on each meatball. It is truly terrifying.

As we said, this isn't the first time that SEGA deemed Puyo Puyo too outrageous for our narrow western sensibilities. The first PP game to make it out of Japan was rebranded as Dr. Robotnik's Mean Bean Machine.

No word on when Cranky Food Friends will actually be out, but it's currently available in soft launch in regions such as Canada. PP Quest apparently makes Sega around $4 million a month.

NeoGAF
Next Up :
Seven Knights 2's Carnival event celebrates 200 days since the game's launch with new heroes, a collaboration, and lots of rewards