Japan gets Pushmo: Hippa Land, a free to play puzzle platformer, for 3DS

Nintendo and Intelligent Systems have released a free to play take on the Pullblox series in Japan for the 3DS called Pushmo: Hippa Land.

As with other entries in the series, you solve puzzle levels by pulling, stacking, and jumping on blocks.

The "Beginner's Course" stages are available for free to anyone who downloads the game.

But there are additional themed level packs available for real money. These let you play as a new character. Purchasing any one of the packs also unlocks a new level creator mode that lets you share your creations using QR codes. 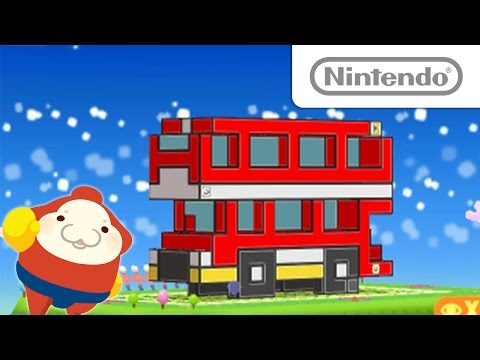 There's currently no word on whether Pushmo: Hippa Land will be released in the west.
Siliconera