The rich, fast-paced action game Punishing: Gray Raven has taken JRPG lovers by the storm. The hack and slash game with a powerful story is different from your regular anime game and has quickly become a fan favourite.

And now to make things even better, Punishing: Gray Raven is launching its first major content update titled “The Frozen Darkness”, with a brand new story, new character and a three-player co-op boss battle. This will undoubtedly bring some changes to the PGR tier list! 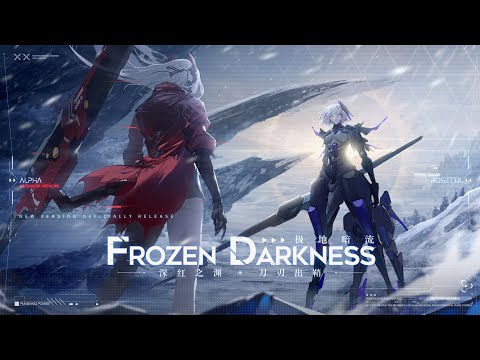 This update will witness the Gray Raven team travel to the Arctic to look for truths that have been buried for way too long. The Arctic will not be easy to survive because the Gray Raven unit must battle the powerful Ascendant – Rosetta. Thankfully, you will not be alone in this battle as Alpha, a formerly dead enemy, who is a mysterious S-rank construct joins the squad.

To recruit Alpha to your squad, an event will occur between 4th August and September 1st, 7:59 am UTC. Complete the mission use her as a squadmate. Alpha already looks pretty badass, but if you want her to look even cooler (I don’t know how it's possible), then you can pick up two special coatings for her at a 30% discount. The Final Journey and Gray Feather coatings will be on discount from August 4th, 8 am UTC until September 8th, 6.59 am.

Those of you who will take part in the Arctic Night, Azure Scar, Interlude, and new Co-op scenarios will stand a chance to win numerous black cards, training materials and supplies. Any special currency items earned can be exchanged for character fragments, gifts and more at the Arctic Shop.

If you are a lover of RPGs then you have to check out our list of 25 best RPGs for mobiles!
Next Up :
Ninja Must Die is an upcoming combat-focused action runner with stylish ink-based visuals, now open for pre-registration

Punishing: Gray Raven codes and how to claim them (November 2022)