Punishing: Gray Raven is celebrating its first anniversary with login event and a collab with NieR: Automata

Kuro Game’s anime-style action RPG Punishing: Gray Raven recently completed a year since its launch. In this journey around the sun, the game was downloaded over 20 million times and was very well received. The dark sci-fi story, hidden secrets about the Punishing virus, and all the events have given users something new to do at all times.

To celebrate the first anniversary, Punishing: Gray Raven is hosting a login event to give away loads of free rewards. Just by logging in every day for a week, players will be able to earn Event Construct Tickets, Weapon Enhancers, Cogs, and a new Hymn of Victory Portrait, Peaceful Courtyard Main Scene, and the Honour Medal Collectible.

Kuro Games also held a special anniversary livestream a few weeks ago, which featured a new and rather unexpected duo fighting alongside together – Gray Raven’s main protagonist Lucia and Alpha, her nemesis. What could make the two enemies join hands? The special animation shows the uncanny pair fighting against what looks like a super strong enemy. It is going to be quite an epic battle, seeing these two together. 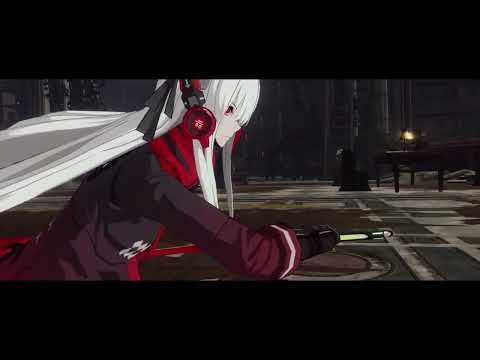 As the anniversary celebrations continue, don’t forget Punishing: Gray Raven’s collaboration with the hit video game NieR: Automata has begun. The game’s main cast featuring 2B, 9S, and A2 will be joining the RPG as S-rank Constructs. The three of them will have their own movesets and preferred playstyle so pick whichever suits you the best! 2B is part of a Gacha event that is currently live, 9S requires players to log in consecutively for two weeks, and A2 is being given away to everyone for free.

Which NieR character are you looking most forward to? Player the collaboration and get all first anniversary rewards now by downloading Punishing: Gray Raven for free by clicking one of the links below.

Also, take a peek at this list of the best JRPGs to play on mobile!
Download now!
Punishing: Gray Raven

Next Up :
Pokemon Go's Hisuian Discoveries goes live next week, bringing back new Pokemon from the Hisui region

Punishing: Gray Raven codes and how to claim them (September 2022)