Krafton will be very pleased as they have just announced the launch of their third game in the PUBG universe – the much-awaited PUBG: NEW STATE. After months and months of testing, including a final Technical Test in October, PUBG: NEW STATE is officially available on iOS and Android devices in over 200 countries. Check out the launch trailer below: 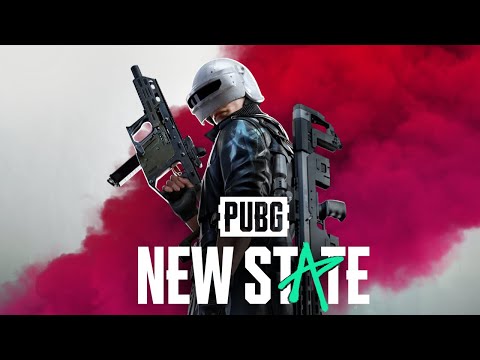 Describing the game, Executive Producer for PUBG: NEW STATE, Minkyu Park, said: “PUBG: NEW STATE has been and will continue to be a labour of love for the team at PUBG Studios, and we could not be more grateful to our global fans who have consistently shown their enthusiasm and support for the game since our announcement. By delivering next-generation battle royale gameplay experiences on mobile previously only seen on PC and consoles, we are confident we’ll meet the high expectations of our players, and are committed to ensuring it will be the premier mobile gaming experience for years to come.”

The new battle royale is set in the year 2051 and brings futuristic technology with a next-gen feel to the ever-growing genre. It has been touted as one of the most realistic and technologically advanced mobile games to date. Pushing the massive boundaries that PUBG MOBILE already set, NEW STATE will build further upon all this by enhancing pre-existing gameplay with features like weapon customization, drone store, player recruitment system, and much more.

Currently, PUBG: NEW STATE has three gameplay modes to choose from – the classic battle royale set in a future-location calledTroi and the iconic Erangel. There’s also 4v4 Deathmatch and a Training Ground for players to familiarize themselves with the new game. Every month, a Survivor Pass will be launched, which will give players numerous rewards. The competitive bar has also been raised with new Ranked Seasons with the tier level determining the rewards. These will be bimonthly.

You can participate in the Play With Friends campaign between November 15th and 21st to have a chance to win the #NewStateStyle in-game emote and a Chicken Medal. Win yourself some chicken dinner by downloading the brand new PUBG: NEW STATE for free on the App Store and Google Play.

Also check out the top battle royales on mobile!
Next Up :
Super Meat Boy Forever, the auto-runner sequel to Super Meat Boy, is coming to mobile in 2022