The third edition to the PUBG franchise, PUBG: NEW STATE launched last week and it's already hitting big milestones. Within just five days of release, the game has already accumulated over 20 million downloads and is ranked the #1 Top Game on both the App Store and Google Play in the U.S., South Korea, Japan, Germany, Saudi Arabia, and over 160 other countries.

PUBG: NEW STATE is still in its early days and the launch celebration events are still ongoing. These serve as a way for Krafton to thank all its fans for endlessly supporting the franchise. Check out all the regional events you can currently take part in:

Takedown: Troi: Available tomorrow, November 17th, the event will be hosted by Krafton Americas. It is a hybrid competition that will see the top nine NA PUBG: NEW STATE content creators battle it out in a unique format. The game will let the players do what they do best – create content. It is a two-phase competition which you can read more about here.

Play With Friends Campaign: This event is available until November 21st where players participating in these missions get a chance to win the #NewStateStyle emote and Chicken Medals, which is the in-game currency exchangeable at the in-game store for various items. 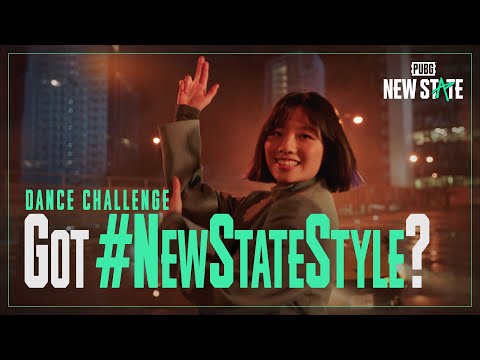 Describing the success of the next-gen battle royale has received, Executive Producer of PUBG: NEW STATE, Minkyu Park, said: “The game’s early success could not have been possible without the enthusiasm and support of our players worldwide. With PUBG: NEW STATE, we strived to create a compelling experience that sets a new standard for mobile battle royale games. For our future updates, we will work effortlessly to create new, fun features while improving the stability, optimization, and gameplay experience of the game.”

In the sea of battle royales currently available, PUBG: NEW STATE is surely shining. Download it now for free on the App Store and Google Play.

Also, check out some of the best battle royales to play on mobile!
Next Up :
MIR4 launches Bicheon Castle Siege and Siege Eve event to enhance the RPG's PvP content