The ever-popular PUBG Mobile has recently released a new in-game outfit called the Poseidon X-Suit, allowing players to embody the God of the seas as they look to earn more Chicken Dinners. It is available now and can be unlocked through Lucky Spin.

Rather than simply add a new outfit, PBG Mobile has decided to go one step further with the arrival of the Poseidon X-Suit. The developers have teamed up with singer and guitarist Adam Gontier to create a theme suit for the outfit called Tidal Wave. You can listen to the track in the PUBG Mobile game lobby, Apple Music, Spotify and Amazon Music. 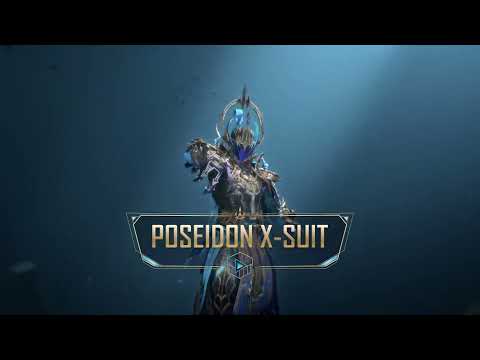 You might be familiar with Adam Gontier if you're a fan of rock music. He is currently the singer, guitarist and songwriter of the Canadian-American group Saint Asonia who have released two albums – one self-titled and the other called Flawed Design – since they formed in 2015.

Before that, Adam Gontier fronted another popular rock band called Three Days Grace, who have released several hit singles such as 'Animal I have Become', 'Just Like You' and 'I Hate Everything About You'. I'm pretty you would recognise at least one of those, even if you didn't know it by name.

Musical collaborations continue to be a big deal in gaming then, it seems. League of Legends has two bands now with Pentakill and K/DA, whilst rival battle royale Garena Free Fire frequently partners with various musicians and DJs. Personally, I'm all for the movement since I've discovered plenty of excellent bands through video games over the years.

PUBG Mobile is available now over on the App Store and Google Play. It is a free-to-play game with in-app purchases.

Looking for other battle royale gams you can play on your phone? Here are 9 of the best available for Android phones and tablets
Next Up :
Revived Witch is an upcoming pixel art RPG that combines 3D environments and Live2D motion