It arrives on the subscriptions service this Friday

As you'll likely have already guessed from the name, Populus Run is an upcoming endless runner from FIFTYTWO that's heading for Apple Arcade this Friday. It promises to be an unconventional entry into a genre that has frequented iPhones pretty much since they first appeared on the market.

Rather than controlling a single character, you will take control over a little group instead, much like in Popa Radu's Mad Cars, which launched earlier this month. However, instead of a fleet of vehicles, you're controlling an assortment of random characters. 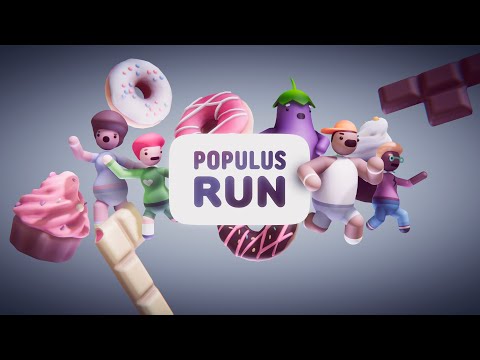 You can check out some of the gameplay in the embedded video above to catch a glimpse of some of those characters. Sure, there are plenty of regular-looking folks but you'll also be able to guide a giant, sentient strawberry through the various stages too, among others.

Beyond the quirk of controlling a mob of people, however, it looks to be a fairly standard runner. You'll be dodging and jumping over various hazards, trying to keep as many of your squad alive as possible. The hazards in Populus Run, however, are giant fast-food items, such as giant burgers with saw blades attached.

Aside from the standard runner levels, you'll also have to take care of various bosses, which include Macaron, Donut and Burger, all of whom are apparently rappers. Along the way, you'll be able to unlock a host of secret characters to join your team.

Populus Run will be available over on Apple Arcade this Friday, a subscription service that costs $4.99 per month. For more information on other games that are available in its extensive library, check out our dedicated hub page.

Here's a definitive list of EVERY Apple Arcade game available, and what you need to know about them
Next Up :
Final Fantasy Brave Exvius is celebrating its 6th anniversary with a tonne of free summons and other rewards

Populus Run, the new endless runner for Apple Arcade, is out today