The trend of horrifying experiences in family-friendly places continues with the popular Poppy Playtime. This title has you playing as an employee in a defunct toy factory. As you explore, you'll pick up a Grab-Pack which will give you two very extendable arms. These are used to link things together and interact with objects from afar. You'll need precision and range to navigate through the factory and solve puzzles. However, these aren't the only obstacles standing in your way. The toys themselves prove to have much more sinister origins and will attempt to hunt you down. In the second chapter of the game, the main villain is the disturbingly elastic Mommy Long Legs.

As you go through the chapter, you'll encounter plenty of toys challenging you to games and other dangerous activities. While overcoming them, you'll run into Mommy Long Legs periodically. Her attitude changes from caring to an incredibly violent hunter who will madly pursue you. Due to her movements and abilities, she is not the easiest enemy to evade and will kill you instantly if she catches you. Keep on your toes to stay out of her grasp, but keep in mind that Mommy Long Legs has more depth than is apparent.

1
Who is Mommy Long Legs? 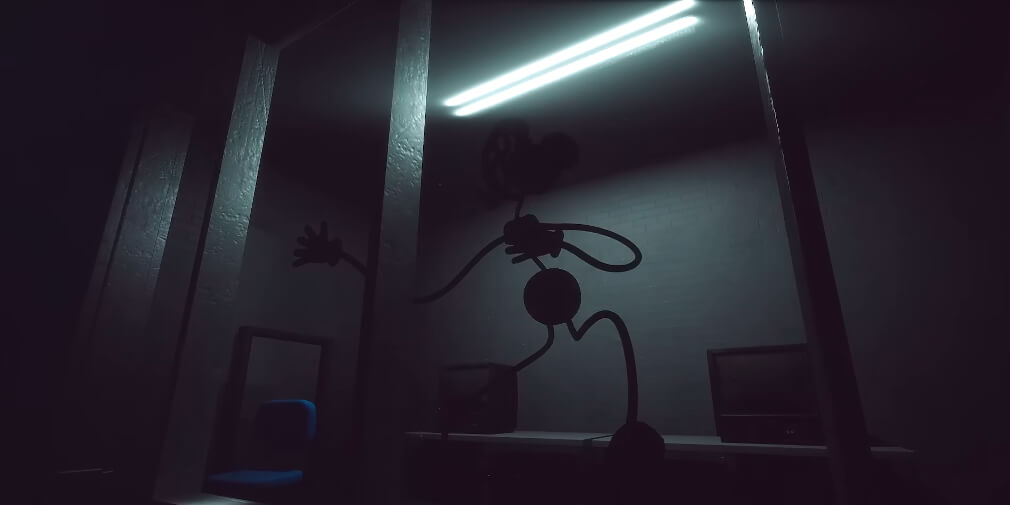 Poppy Playtime is a toy company dedicated to creating colourful and friendly toys, with Mommy Long Legs being one of them. She serves as one of the company's main mascots and serves, as her name indicates, as the mother. Documents show that Mommy Long Legs had distinct behaviours between people and other toys, with her being caring and protective towards the latter. The company hoped that this nature could be extended towards children through serious conditioning.

2
Who made Mommy Long Legs? 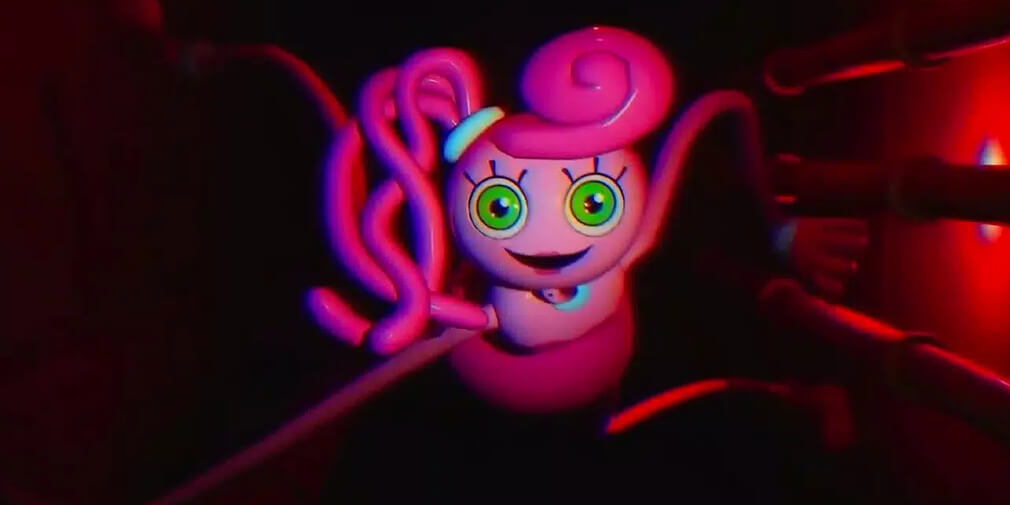 As a mascot for Poppy Playtime, Mommy Long Legs was created by said company. As her advertisement indicates, she went on the market in 1991. However, this toy model was created from the mascot counterpart who is revealed to have been a living creature. Further research shows that before becoming Mommy Long Legs, the being was known as Marie Payne before adopting the name Experiment 1-2-2-2.

3
Is Mommy Long Legs a spider? 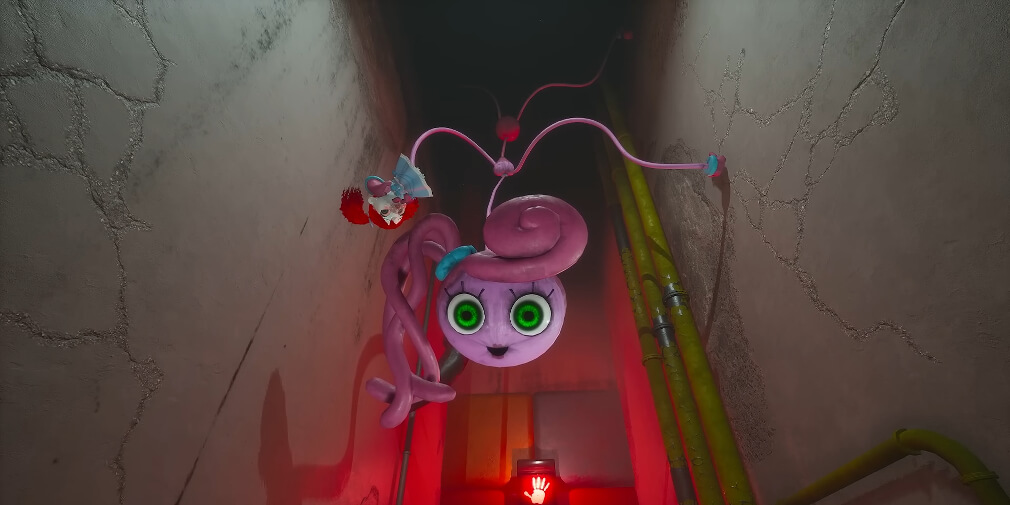 Based on her name, it is normal to assume that Mommy Long Legs is related to spiders in some way. With more and more of her actions coming to light, it appears that she has more in common with spiders than just her name. Though she doesn't have eight limbs, she moves and crawls in a way that mimics a spider. On top of that, when she feeds on flesh, she always starts with the organs first, just like spiders. Lastly, the round part of her body is very similar to a spider's abdomen, where a majority of their and her vital organs are kept.

What can Mommy Long Legs do?

4
What can Mommy Long Legs do? 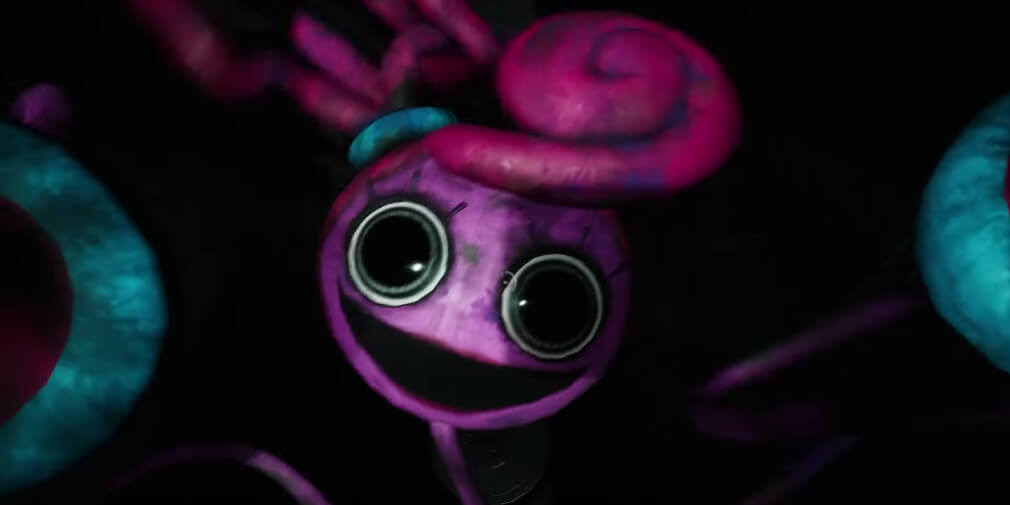 Despite being a toy company mascot, Mommy Long Legs has abilities which could be called supernatural. Her defining ability is being able to extend and contort her limbs in extreme ways that allow her to move and reach things that others normally couldn't. She is easily able to extend her hands further than those of the Grab-Pack to the point where she can quickly stretch past the player. She also has the power to create webs, much like a spider, but this is used in a select few scenarios. What makes her more of a threat is how strong she is, being able to overpower other toys and the player with ease. 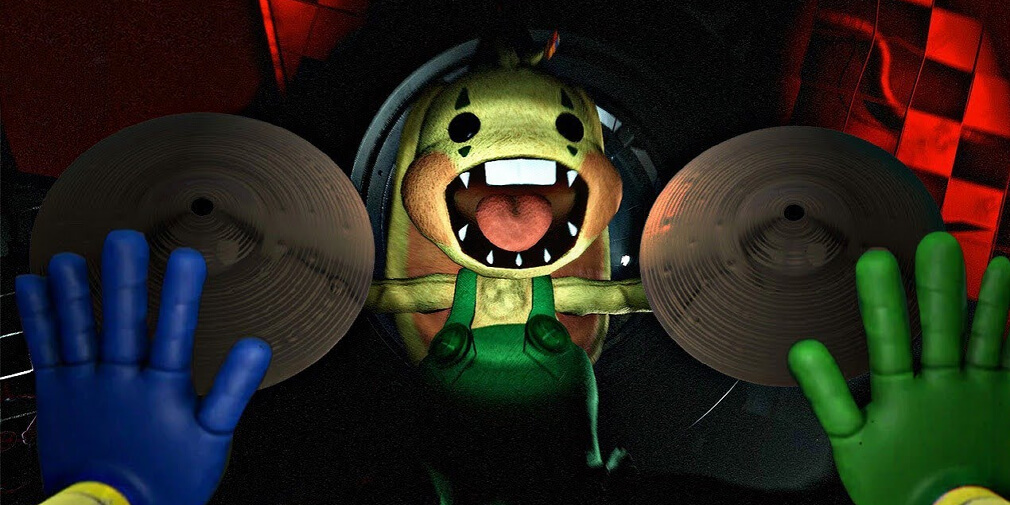 Even though Mommy Long Legs is the primary antagonist of Chapter 2, she's not the only threat to worry about. Before confronting her, players will need to contend with Bunzo Bunny. Even though he's much smaller, Bunzo is able to trap the player in a deadly game that they need to escape. Once they do, however, Bunzo mysteriously disappears. He is later seen hanging lifeless from Mommy's webbing. Though not confirmed, it's heavily implied that Mommy Long Legs killed Bunzo as punishment for not killing the player. 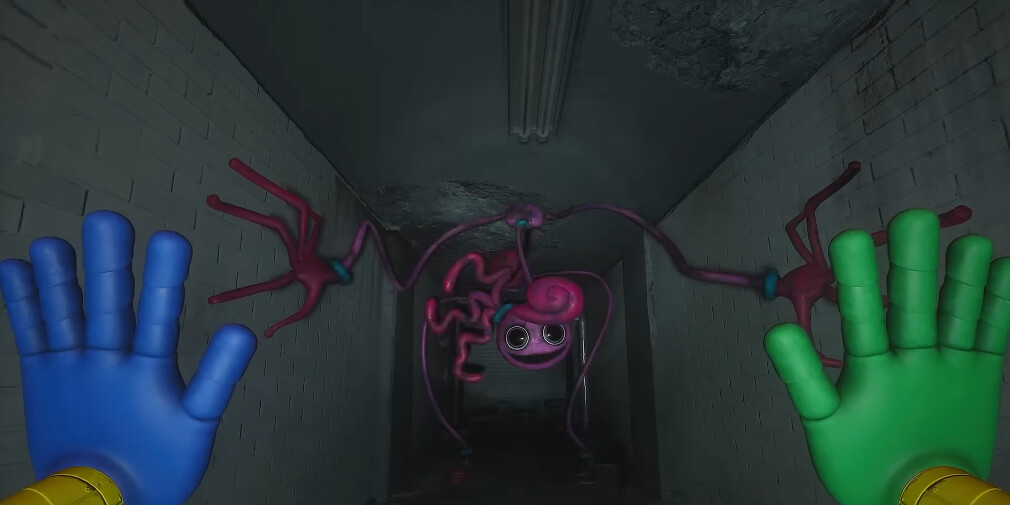 Poppy Playtime does its best to create a series of mascots and toys that are original to the game. Although Mommy Long Legs has a very distinct appearance, she shares some similarities with other classic toys. She's not the only toy to have elasticity as Stretch Armstrong stood out for the same reason. Now, while Mommy Long Legs may not be real, her design was greatly inspired by the Betty Sphagetty dolls which were notable for having long flexible limbs and long stringy hair.

7
Why is Mommy Long Legs evil? 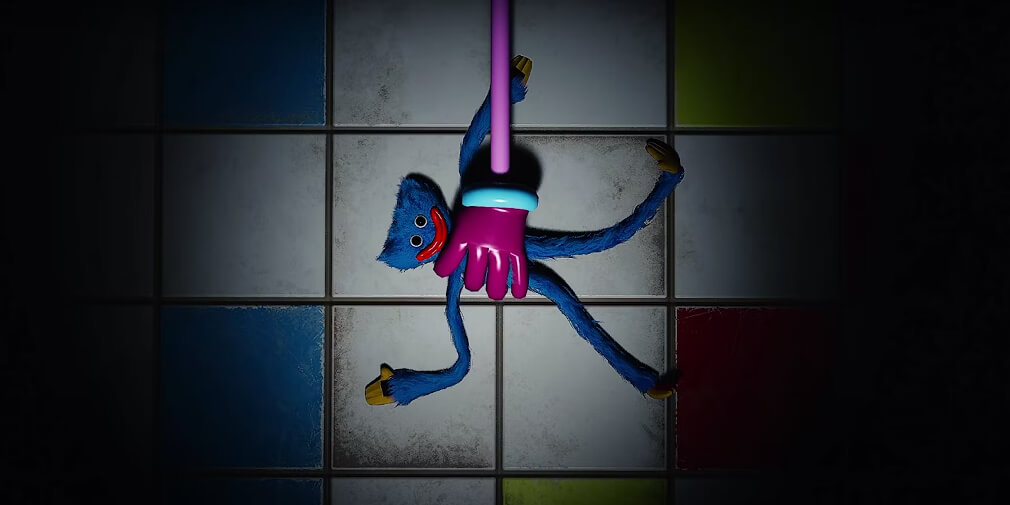 By exploring Poppy Playtime, players will learn that many of the toys are based on mascots that are twisted living experiments with a thirst for vengeance. As a result, many of them will be hostile towards the player as soon as they see them, including Mommy Long Legs. Through her dialogue, it's clear that she's committed to the role of a mother and needs someone to mother. Having been sealed in the factory, she blames everyone in the company for taking away her "children" and leaving her alone, so she takes out her fury on the player.

8
How does Mommy Long Legs die? 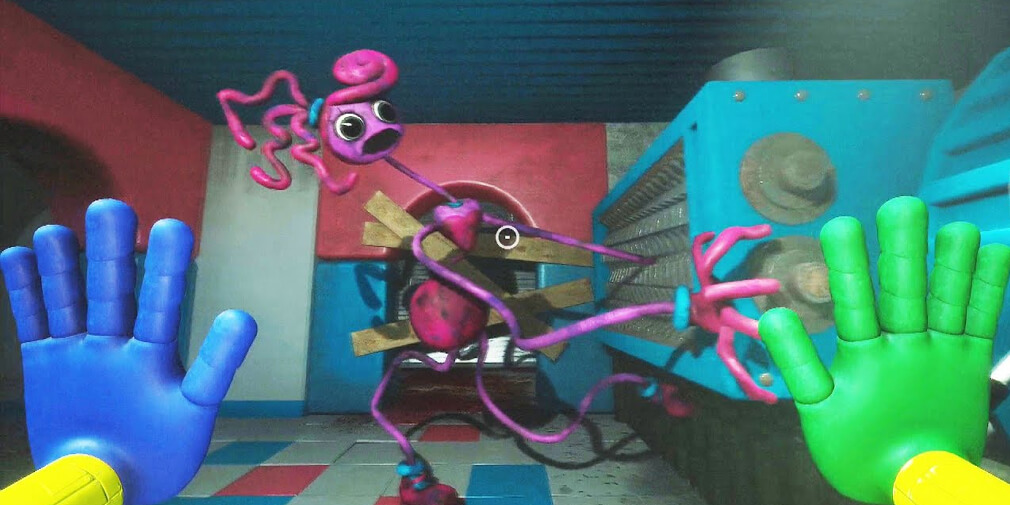 Even though the player will have access to a Grab-Pack, it doesn't really help to defend against Mommy Long Legs. Once she becomes deranged, she dedicates all her efforts to finding the player who can only hide and sneak around to avoid her. However, she becomes so reckless that the player can take advantage of this by leading her to a grinder. She stretches out her arm as the player activates the grinder which traps it and starts pulling her in. This leads to a slow demise where Mommy Long Legs is crushed to death.

9
What does Mommy Long Legs say when she dies? 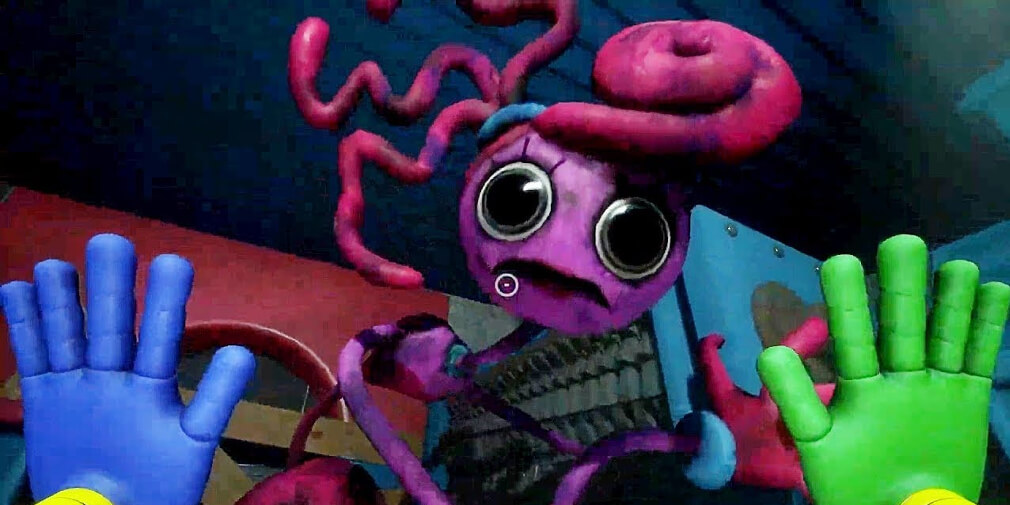 Of all the mascots in Poppy Playtime, Mommy Long Legs is one of the most vocal. She frequently speaks to the players and taunts them as she gets more aggressive. She can also be heard laughing in a haunting and disturbing way as she hunts for them. Her tone shifts dramatically once she gets caught in the grinder, not due to fear of death, but what will happen to her body…

10
Who dragged Mommy Long Legs away? 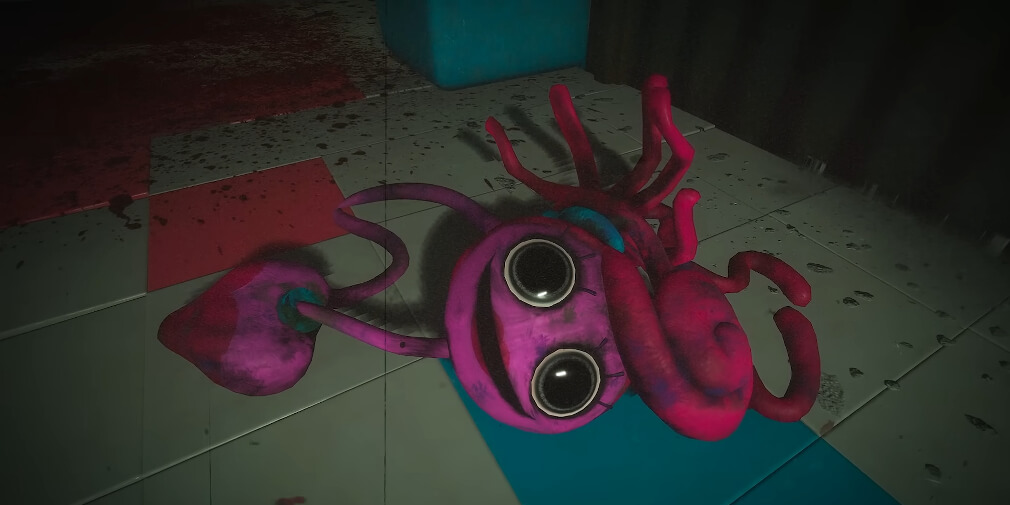 Based on Mommy Long Legs's final words, it's clear that she was afraid of another entity lurking in the factory. After she is killed by the grinder, her head and top piece of her body fall lifeless to the ground. This is followed by an ominous mechanical hand crawling out from an opening nearby, grabbing these pieces and dragging them into the darkness. This entity is believed to be another experiment called The Prototype AKA Experiment 1-0-0-6 that has the goal to make itself whole by collecting the pieces of other experiments. It's believed that Mommy Long Legs was aware of this which is what made her so terrified.

0/10
Next Up :
Getting the console experience on the small screen

Poppy Playtime Chapter 2: Release date and where to download it