Interview: Nnooo bursts the silence bubble on DSiWare Pop Plus

If you cast your minds back into the swirling mists of time you’ll recall that we spoke to Nnooo’s Nic Watt at the end of last year about the iPhone version of the bubble-based 'puzzle shooter' Pop.

We went on to grant the game the coveted Pocket Gamer Silver Award when we reviewed it shortly afterwards, with our iPhone expert Tracy praising its “delicate balance between accessibility and sophistication.”

Watt has been far from idle over the intervening months and is putting the finishing touches to a DSiWare version of the game entitled Pop Plus, but he nevertheless found the time in his busy schedule to sit down and talk us through what we can expect from this new portable offering.

Pocket Gamer: It’s been a while since we last spoke; how have the WiiWare and iPhone versions of Pop performed from a commercial and critical standpoint? Are you happy with the reaction you’ve had?

Nic Watt: Both versions have done well, with the Wii one doing particularly well for our first product. We have had a lot of positive feedback from users and very little, if any, negative.

The WiiWare version has had a lot of great reviews while the iPhone version has been given a coveted Pocket Gamer Silver Award, was a finalist in 6 Best App Ever 2008 categories, was also in the top 10 best Apps of 2008 and has recently been a featured App on the App Store!

We are really proud of both versions - in particular the WiiWare version, which has allowed us to continue developing games so to anyone who bought it we would like to give them a very, very big thank you!

The iPhone version has recently had Facebook functionality added which allows users to upload their badges and high-score to their Facebook profile and we have just submitted an update which will see Pop run on version 3.0 of the iPhone OS.

Can you tell us how the new Adventure and Challenge modes work in the DSiWare version?

Adventure mode is an expansion of Normal mode in that there are 16 waves of progressively faster and smaller bubbles. However, we wanted to add more depth and strategy to the game as well as working on a way to keep people coming back. So we decided to add Boss battles, mines, jets and golden fish to the mix.

There are four boss battles, with one occurring at the end of every four waves. Each boss battle uses the player’s timer from the previous wave and tasks her with stocking up on time initially by popping bubbles.

Then the boss appears and destroys all the bubbles and you have to attack it before it can penalise you. Each boss has a different way of penalising you. For example, the Squid sprays ink onto the screen, while the starfish drains time from your timer and shocks the screen, making it hard to see the bubbles.

During the waves in Adventure we have added mines, which change colour and can be detonated to set off a chain reaction; jets which appear and disappear to push the bubbles about and finally golden fish which when popped reward you with a lot of points!

The Challenge mode is a feature we have wanted to add for a while. At its simplest it allows players to replay and practise any wave of the modes they have unlocked.

However, we have added a bit more to it in that players can set their own score and time thresholds. Doing this allows them to set themselves or their friends challenges to try to complete.

Can you tell us a little more about how the boss battles will operate?

Once the player defeats the boss she can continue onto the bonus round and then the next wave.

Does this DSiWare iteration showcase any gameplay improvements over the previous versions?

The fundamentals of chaining and pumping up are the same. However, we have worked hard at tweaking and balancing the gameplay to make it even more accessible. A lot of users found it hard to progress far into the game while experienced players found it too easy. We have spent a lot of time adjusting the amount of time bubbles reward you with so that all skill levels are catered for.

A player who can achieve a really high amount of time on the clock will have the amount of time a bubble rewards reduced, while novice players will start with bubbles worth a lot more time. This way the game kind of auto-balances based on your skill level.

Can you explain why you’ve decided to release Pop Plus in two different forms - a single player version and a multiplayer version? Wouldn’t it make more sense to just have one version? 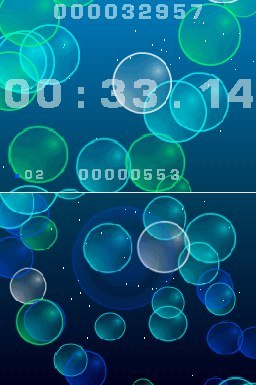 We wanted to have a version with both included. However, we were faced several real-world tough choices. As a small company we spend a lot of our money developing the game and we need to try to ensure we can get products out in a decent time frame not only to keep our cash-flow going but also to satisfy out customers.

When you add multiplayer to a game it increases the amount of testing we have to do considerably and increases how long the project will take.

What we decided is that if we split the game in two we can offer both versions for about half the price we would have charged for the full one and get the product to market quicker. This means once we have the Solo version out the VS can be built upon a solid framework and we can focus on making the multiplayer the best it can be.

Furthermore, we are looking at ways to unlock all of the Solo modes in VS for customers who purchase both. This could be as simple as detecting the Solo save data on a player’s DSi and opening up the same modes in the VS version.

What kind of points price are you expecting to release these versions at?

We would really like to offer each for 500 points. We have to discuss pricing with Nintendo, but this is the price point we are really aiming for.

Can DSi owners expect incremental updates, as was the case with the iPhone version of Pop?

Unfortunately, updating DSiWare or WiiWare incrementally is not possible post release. With WiiWare we could offer downloadable content if we planned for it in advance, currently there is nothing similar on DSiWare.

In part, this is because Nintendo want to encourage developers to release a fully featured application or game from the start rather than adding it afterwards.

We’ve heard rumours that you’re keen to work on a Pokémon MMO concept - can you give us a little more information on this? Is there any chance of such a game making its way to the DSiWare/DS?

We have a really strong concept for a Pokémon MMO and would love the opportunity to pitch it to Nintendo. However, we have decided that before doing so we would like to get the opportunity to prototype it first as many of our ideas are best demonstrated through gameplay.

Our current concept makes strong use of Wii functionality and is intended to be a Wii game rather than a DSi or DS game.

The main focus of our concept is what it would be like to be a Pokémon trainer in this huge world. We are really interested in trying to bring a lot of the feeling in the movies and TV Show to the game.

We also have a lot of ideas about different types of trainer or jobs. Perhaps playing as a Pokémon Ranger would be different to that of a Pokémon Trainer? We would love to talk more about this, but until we get an opportunity to properly start work on a prototype we will have to keep most of our ideas to ourselves!

What other DSiWare projects do you have on the drawing board?

We are currently hard at work on our second DSiWare release, which is going to be our first application. We are hoping to announce more details about it in the coming weeks. Suffice to say it will retail for 200 points (we hope) and be something we think all DSi users will find handy.

You’re becoming something of a digital download veteran, having released games for WiiWare, iPhone and now DSiWare. In your opinion, which service gets the most things right? 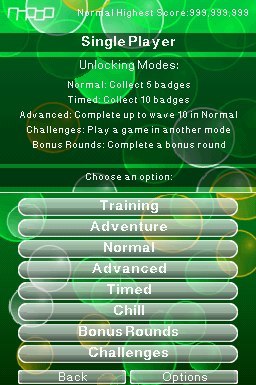 That is a really tough question. I think that the iPhone has the easiest path to market, by which I mean it is the quickest and easiest to learn, make a product and release it.

However, I think that both WiiWare and DSiWare have a better games orientated fan-base. By this I mean that people buy a Wii or DSi to play games and as such are going to be looking for games for the system.

iPhone users buy the iPhone as a phone first, an iPod second, a web browser third and an app device last. For us that means that many users are looking for novelty applications rather than things of substance.

Both DSiWare and WiiWare are services which allow serious developers a place to make and market their wares while, for me, the App Store currently serves as a dumping ground for anything from amazing to not even finished.

Have you considered working on the N-Gage and Android platforms?

We have thought about both platforms. However, much like the iPhone I am not convinced that these platforms offer many users who are interested in games beyond a small minority.

What about the PSPgo? Does the download-only nature of the machine appeal to you and can you see yourself developing for it in the future?

I am on the fence with the PSPGo. I think that the PSP has always been a very capable machine, but for us the PSPGo doesn't really offer much in the way of 'new ways to play'.

Our focus at Nnooo is about taking a great piece of hardware and trying to make software which really makes the best use of it. For example with Pop we have created gameplay which cannot be emulated using a traditional controller.

This interaction in Pop is much more intense, personal and intuitive than it would have been using a D-Pad or analogue stick to move a target over the bubble and press A to pop it.

My feeling of the PSPGo is that ultimately the interface is limiting the types of games which can be done with it. Applications, which Sony are trying to push, are going to be clunkier using a D-Pad than if you could just touch the screen.

Having said that, we do have a couple of concepts which would work as well on PSP (and could connect to your PS3), as they would on DSi (and connect to Wii). Watch this space!

Thanks to Nic for his time. You can get more information on the Pop series by visiting Nnooo’s website. 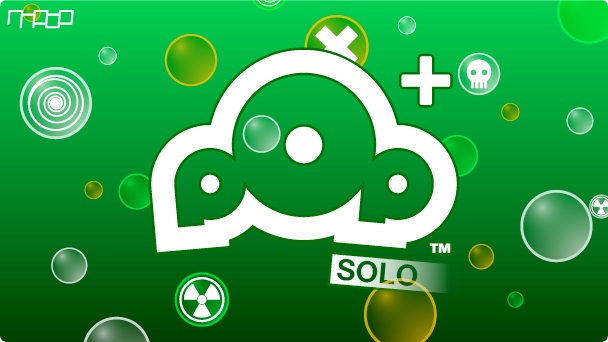