Halloween drops early tomorrow in Pokemon UNITE as TiMi Studio Group adds a new playable monster and other in-game goodies in time for the spooky season. The latest patch for the 5-on-5 strategic team battle game adds not only action and adrenaline but also tricks and treats when the Halloween event starts on October 20th.

Pokemon UNITE fans can expect a whole lotta surprises in store for the latest update of the MOBA, which includes a totally revamped arena filled with pumpkins and festive decor. From the official teaser trailer, it appears there will be a handful of extra gear too, along with cosmetics for Trainers like Pikachu pumpkin headgear and a candy bag. We get to see Lucario sporting a Zorro-esque outfit as well, plus Blastoise in a firefighter costume and Charizard in an adorable knit hat. 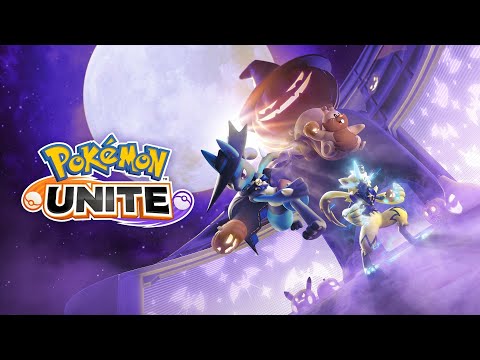 Meanwhile, the battles themselves will also enjoy a Halloween-themed upgrade as a new game mode will apparently turn monsters into pumpkins in the midst of a heated match. Of course, the highlight of the reel is the introduction of squirrel Pokemon Greedent, who will likely spit seeds like it's nobody's business on the battlefield. Can that special move stand up against Lucario shooting a giant pumpkin and bulldozing anyone who gets in the way?

The Pokemon UNITE Halloween Festival starts October 20th, but if you want to get a headstart before all the festivities begin, you can download Pokemon UNITE on the Google Play Store for Android devices or on the iOS App Store as a free-to-play game with in-app purchases. You can also have a look at the teaser trailer embedded above to get a feel of the gameplay.

Are you looking for more games of the same genre? Why not take a gander at our list of the top 12 best MOBA games for iPhone and iPad (iOS)?

Pokemon Unite's next addition is the Darkness Pokemon, Sableye, a Melee Supporter