It’s time for a vacation! Pokémon Go’s Season of Heritage has just ended and it has been quite a stressful one. Trainers were working constantly to unlock the mysterious door, finding new Pokémon, dealing with Team Rocket, saving two Legendary Pokémon from the dark side, and so much more. Everyone deserves a little break to rest and rejuvenate, and Pokémon Go’s new Season of Alola will do exactly that. 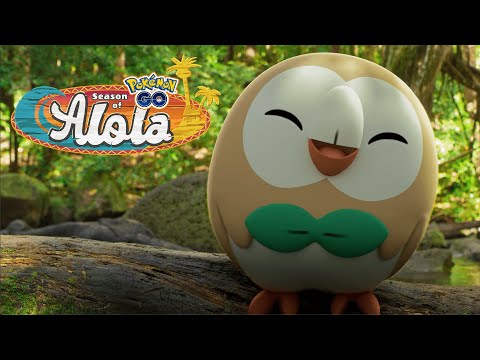 Pokemon Go’s new Season of Alola begins today and will run until June 1st. It features Pokémon that debuted in Pokémon Sun and Moon. To kick things off, Niantic is also hosting a Welcome to Alola event until March 9th, which will feature a few of the new Pokémon that are found in the Alola region. Players can expect to find Rowlet, Litten, Popplio, and Pikipek, and Yungoos more frequently in the wild. The same Pokémon will also be part of the Tropical Collection Challenge. Catching all of them will reward players with an Elite Collector Medal, 7,000 XP, and 15 Ultra Balls.

Additionally, the entire season contains multiple Special Research that can be completed over three months. They are based on the different islands of the Alola region. Check them out below:

This time’s seasonal bonuses include increased Incense effectiveness, more damage for remote raids, guaranteed gifts, two free Raid Passes per day, and Incense lasting for 90 minutes. There is a tonne of events also coming over the next three months, which Niantic will reveal as time passes. Currently, we know everything happening in March. Be sure to check it out!

Download Pokémon Go for free on the App Store and Google Play.

Also, check out the constantly-updated list of Pokémon Go redeem codes for free rewards!
Next Up :
MIR4 players can now boost their play-to-earn prowess with NFT character staking game MIRAGE

Pokemon Go Fest 2022's next stop is at Nakajima Park in Sapporo, Japan

Pokemon Go's Water Festival is back with Lapras wearing a scarf, Dewpider, and more