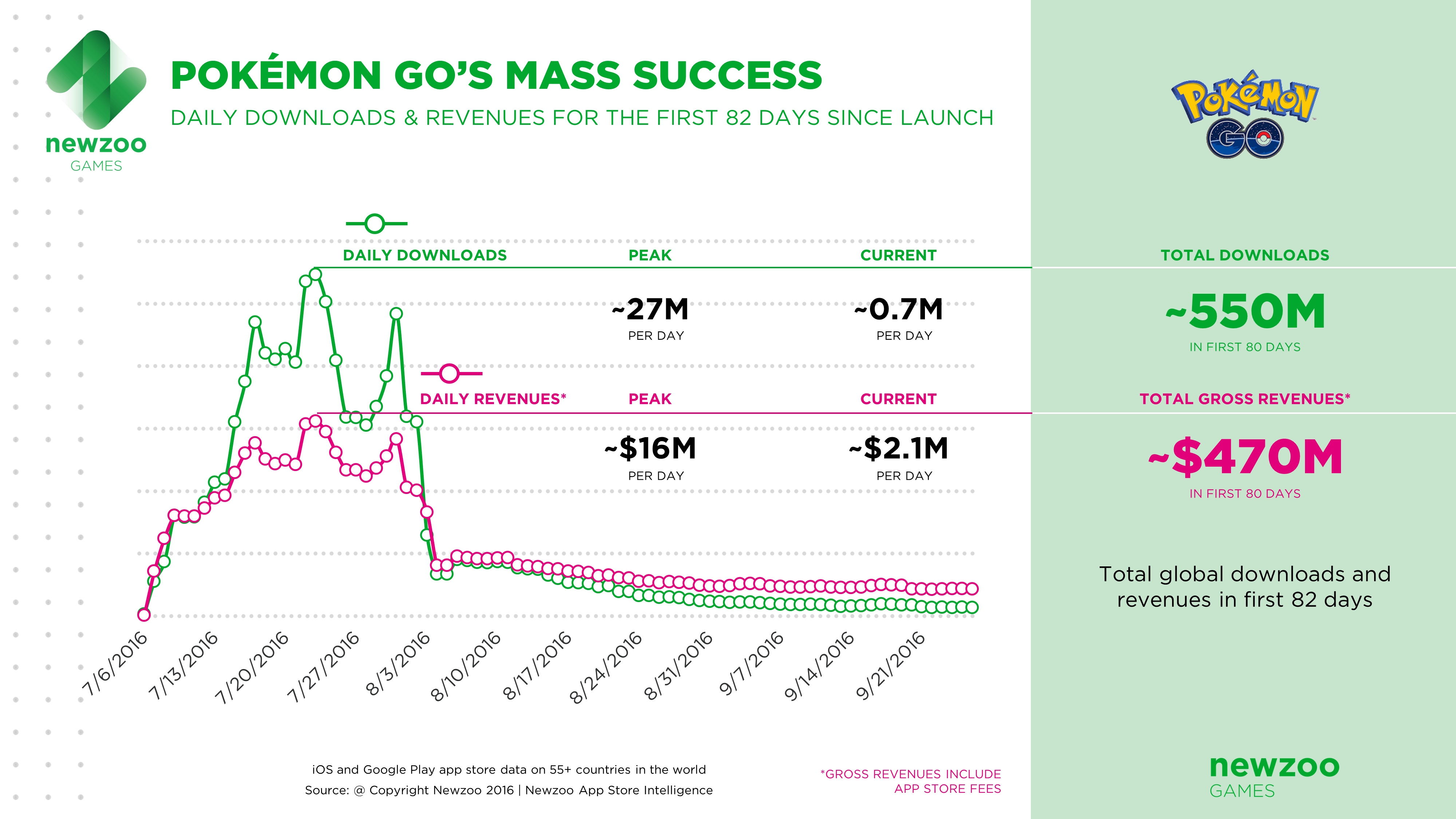 The launch of Pokemon GO was certainly not a silent affair as people were nearly foaming at the mouth to get their hands on any information. In its time, the game had accumulated 550 million installs and $470 million in revenues in its first 80 days. Even months afterwards, the trends regarding the business-side of the popular micro-monster catching app are very interesting.
As the report on Newzoo shows, Pokemon GO both is and isn't a hype in the sense that the game's release blew up and filtered out, but it certainly isn't turning into a dead pixel any time soon. According to the demographics, what made the app so popular was its appeal to 90s gamers (when Pokemon was at its best).

"Looking at the demographics, spending habits, and preferences of the Pokemon GO user base reveals that its success is largely constructed on its appeal to its fans from the 1990s. Answering the below questions, we can see how the game has become a new hit by relying on an audience of surprisingly traditional gamers."

Dropping from $16 million a day to $2 million a day, excluding the 30% fee for app stores, and continuing at approximately 700,000 new download per day, it's still very much alive. Moreover, Pokemon GO has still yet to launch in South Korea and China, so we can definitely expect another spike soon. If you've got a moment check out the report as it really opens your eyes to Pokemon GO's successes and provides a generally fascinating read.