Following its launch in March of this year, Phobies has provided players with over 120 adorable (yet deadly) creatures that offer a playful take on mankind's deepest fears and phobias.

So far we've seen mechanical monkeys, killer clowns, and flatulent farm animals feature among the bizarre menagerie of beasts that players can throw into battle. Now, following its new alien-invasion-themed update, 13 extraterrestrial Phobies make their debut in the game, along with 5 new maps, and a new haunting environment.

Whilst the sky appears limitless for the potential creatures we could see populate Phobies' hexagonal battlefields, we thought we'd tip our hats to the game's creators and their latest update by picking a few of our favourite famous aliens that could easily find their home in the Phobies universe. 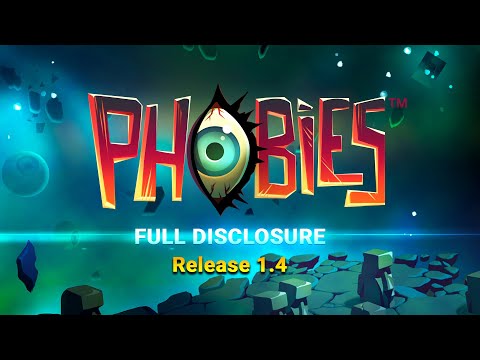 So, since we’re going to make a lot of movie references in our list, here are the Good, Bad and downright Ugly aliens that we'd love to see added to Phobies' universe.

Kicking off the list, we have a fan favourite, and that is the Autobots led by Optimus Prime. Yes, these robots are actually aliens, and since we’ve already got some pretty neat Mechanical heroes (like Fishtank, Jar Cannon and Cowbell), a convoy of Autobots would be a perfect addition to the game.

Arguably one of the most famous creatures on the list, E.T. is the epitome of a “good-natured” alien. He would fit into the Monster category, and would probably be a great support character in the world of Phobies. Perhaps he could use his iconic bicycle to speed across the battlefield?

He already got the coffee yesterday - making him perfect for the world of Phobies where coffee is a valuable resource needed to recruit new Phobies into the mix. The good-natured, badly treated Quermian Jedi Master shot to fame in the classic Star Wars Robot Chicken specials, and he would be right at home with a seat on the council in Phobies. Shout-outs too for The Neebles from Men In Black, also friendly coffee-related aliens.

Moving on to the next category, we have the bringer of destruction, the embodiment of all that is evil, the Yautja, better known to their many enemies as Predator. Famous from the movie with the same name, Predator’s only goal is to hunt and they could easily be one of the top-tier Monsters in Phobies if let loose into the game!

A powerful and intelligent Xenomorph, the Queen Alien is a character we have seen battling Predator in “Alien vs Predator” - we could easily imagine this powerful alien as a Monster type character, dealing massive melee damage and slashing through any opponent it faces, Predator or otherwise.

While it doesn’t exactly have a name set in stone, this bug originating from planet Klendathu in the movie “Starship Troopers” is an Arachnid (or Pseudo-Arachnid if you want to be accurate) and it is creepy and crawly in every sense of the word. In Phobies, it could be deployed as a crawling Monster, similar to Jar Cannon or AWOL.

We already have something similar to the Graboid from “Tremors” in Phobies, but none quite like it. If we were to take both Suckee and Creep and translate it into a new Fear, we would probably end up with something more or less similar to Graboid. As for its trait, we could probably see it as a Monster in the Phobies lineup.

Wrapping up the list we have one of the most disturbing creatures from X-Files, the Flukeman. While it is not exactly an “alien”, but more of a humanoid parasitic “thing” combined with a fluke worm, it does look like some terrific Undead creature we would love to see adapted into a Fear. Incidentally, the Flukeman shares an indirect connection to Phobies, with the humanoid-worm’s costume design having been created by the late Bill Terezakis, who was a close friend of Smoking Gun Interactive’s CEO, John Johnson.

If you feel like conquering your fears whilst competing in arena battles, you can find Phobies to download right now on the App Store, Google Play, and Steam.

What's A Preferred Partner Feature?
From time to time Steel Media offers companies and organisations the opportunity to partner with us on specially commissioned articles on subjects we think are of interest to our readers. For more information about how we work with commercial partners, please read our Sponsorship Editorial Independence Policy.
If you're interested in becoming a Preferred Partner please click here.
Next Up :
5 new mobile games to try this week - June 23, 2022

Phobies guide - Tips and tricks to improve your gameplay

Phobies turns your fears into cute monsters that fight on a hex-based battlefield, out now on Android and iOS