Phase 10: World Tour is celebrating 40 years of Phase 10 with a limited-time event

Mattel163 is holding tons of festivities in celebration of Phase 10's 40th anniversary, letting players join in on the fun with Phase 10: World Tour. Players can expect new phases and special action cards among others in the mobile game until June 21st.

Phase 10: World Tour's “Birthday Tour” will feature a limited-time event where players can score vehicle upgrades and more as they travel around the world. They'll have to play to collect postcards, which will in turn unlock tons of in-game goodies. This includes special Lucky Draw cards that will help players nab special prizes as well.

“Fans can expect the game to keep evolving as we continue to develop new modes of play for Phase 10: World Tour,” says Phase 10 creator Ken Johnson. “We’ve collected feedback from fans over the years, and have used that knowledge to develop new ways of playing the Phase 10 game, and I hope its popularity will continue to grow for both the physical game and the mobile app.” 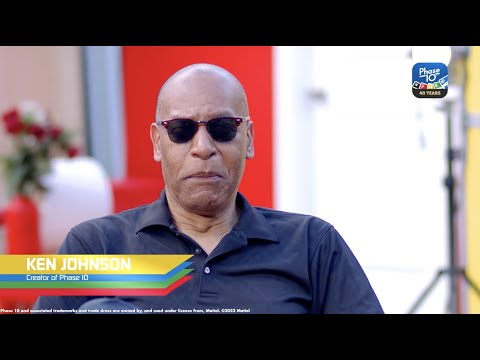 "Phase 10 has remained a beloved source of entertainment and fun across generations, and the 40th-anniversary celebration is one of the biggest events of the year for Mattel163,” says Amy Huang, CEO of Mattel163. “We’re very excited to be part of the journey and Phase 10 Mobile will evolve to provide more personalized and localized in-game experience in countries across the world, allowing global players to enjoy the fun and love of making a phase."

If you're eager to join in on all the fun, you can download Phase 10: World Tour over on the Google Play Store for Android devices and on the iOS App Store. It's a free-to-play game with in-app purchases.

Are you on the hunt for more similar titles that will put your skills to the test on your mobile device? Why not take a gander at our list of the top 5 best card games for Android?