Papering over the cracks

Paper.io is the latest game to adopt the .io philosophy after Agar.io and Slither.io. It's been going down a storm on the App Store.

It's another massively multiplayer open arena game where the idea is to survive and grow. The way in which you do so is a little bit Pac-Man and a lot Tron, as you expand your little square's territory by forming squares from your trail.

The twist comes from the other players attempting to do the same. Run into their tail and you'll destroy them, removing them from the round for good.

It's brutal stuff, and you'll probably die within ten seconds for your first few rounds. Here are some beginner's tips to help you get up to speed.

Stay close to home early on 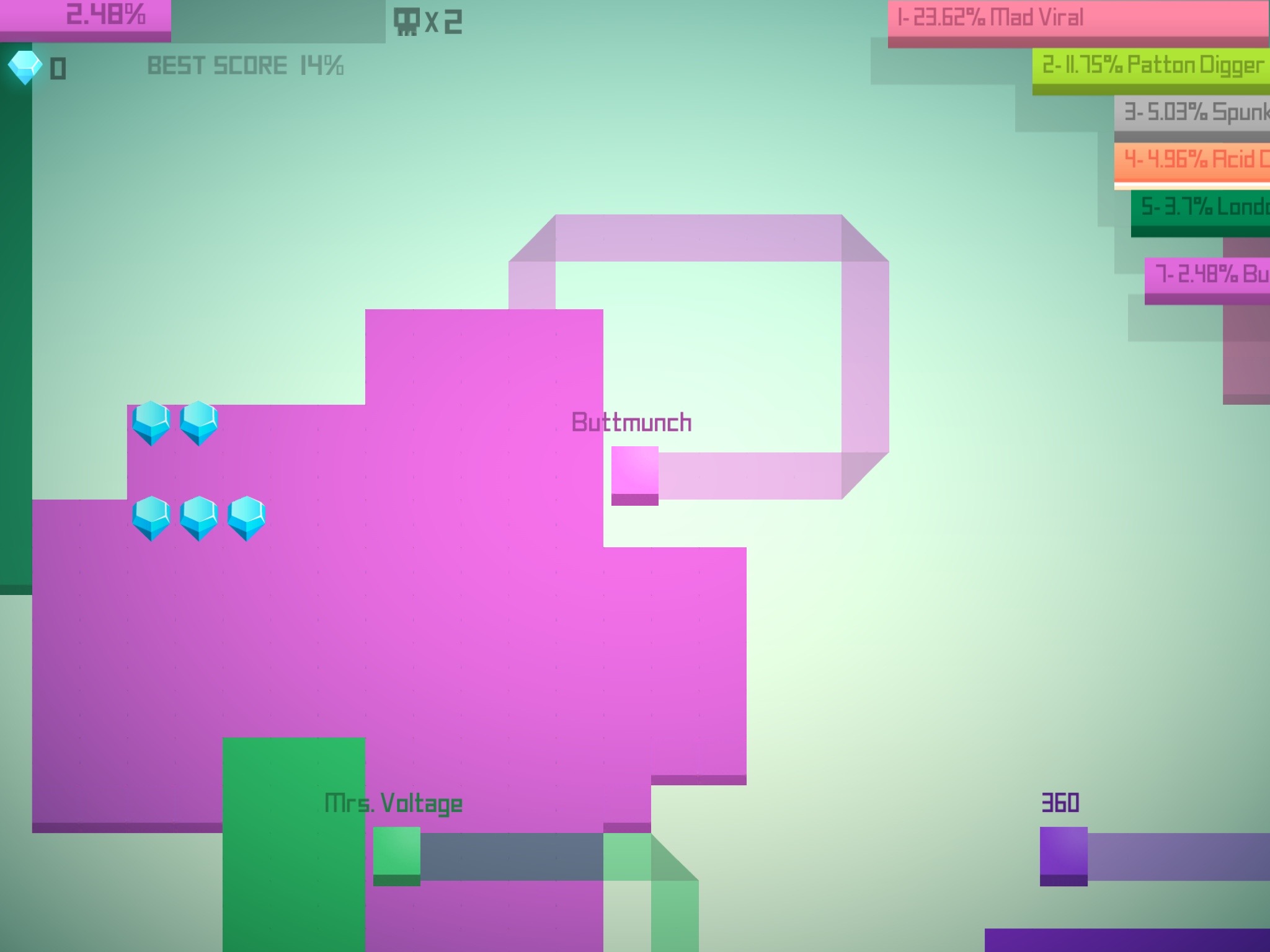 It's tempting to go out exploring your environment as soon as you spawn, but that's a sure fire way to die straight away. You're most vulnerable in these opening moments, when you're the runt of the litter and unaware of your surroundings.

To start with, then, stay within your own territory and find a side that's relatively free of enemies - then start inching out, extending your territory in small increments. The more territory you have, the easier it is to access 'safe' areas without exposing yourself to danger.

It's not a race

Linked to that first tip, note tis important point: it's not a race. There's absolutely no need to rush, and doing so will lead to your elimination.

Things can and will change quickly simply by staying in the game. You'll find that players at the top of the table will be eliminated, and all their gains will instantly disappear. So be patient.

Don't go for the big one. Ever 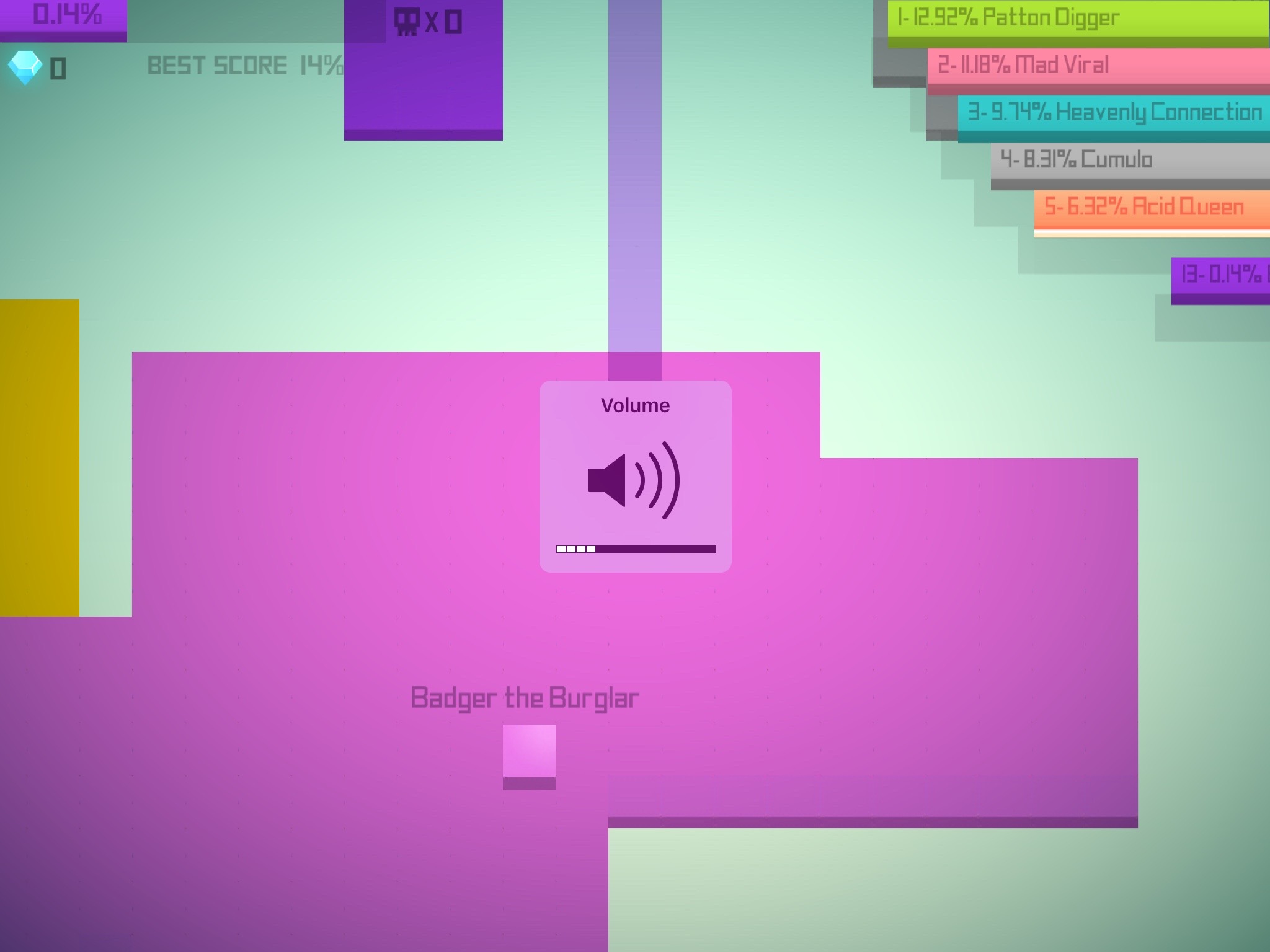 We're in danger of repeating ourselves here, but another part of being patient and cautious is to avoid going for 'the big one' at all costs. Its so tempting when you see a vast expanse of free space to go for a mass land grab. But it's almost always a bad idea.

The truth is, regardless of your apparent isolation, you're never that far from an opponent. If you set off in one direction, you can be assured that some person is going to stumble across your extended trail from the other and score an easy kill. Don't give them that opportunity.

Eventually you may get good at one-on-one situations, and be able to embark on an aggressive hunting style of play. But to start with you should try and avoid fifty-fifty fights out in the open at all costs.

Instead, only go for an opponent on those occasions when they're 'showing you their tail' and it's an easy kill. And definitely don't expose yourself just to take out an opponent - remember that rule of sticking close to home.

Know when to stand and fight 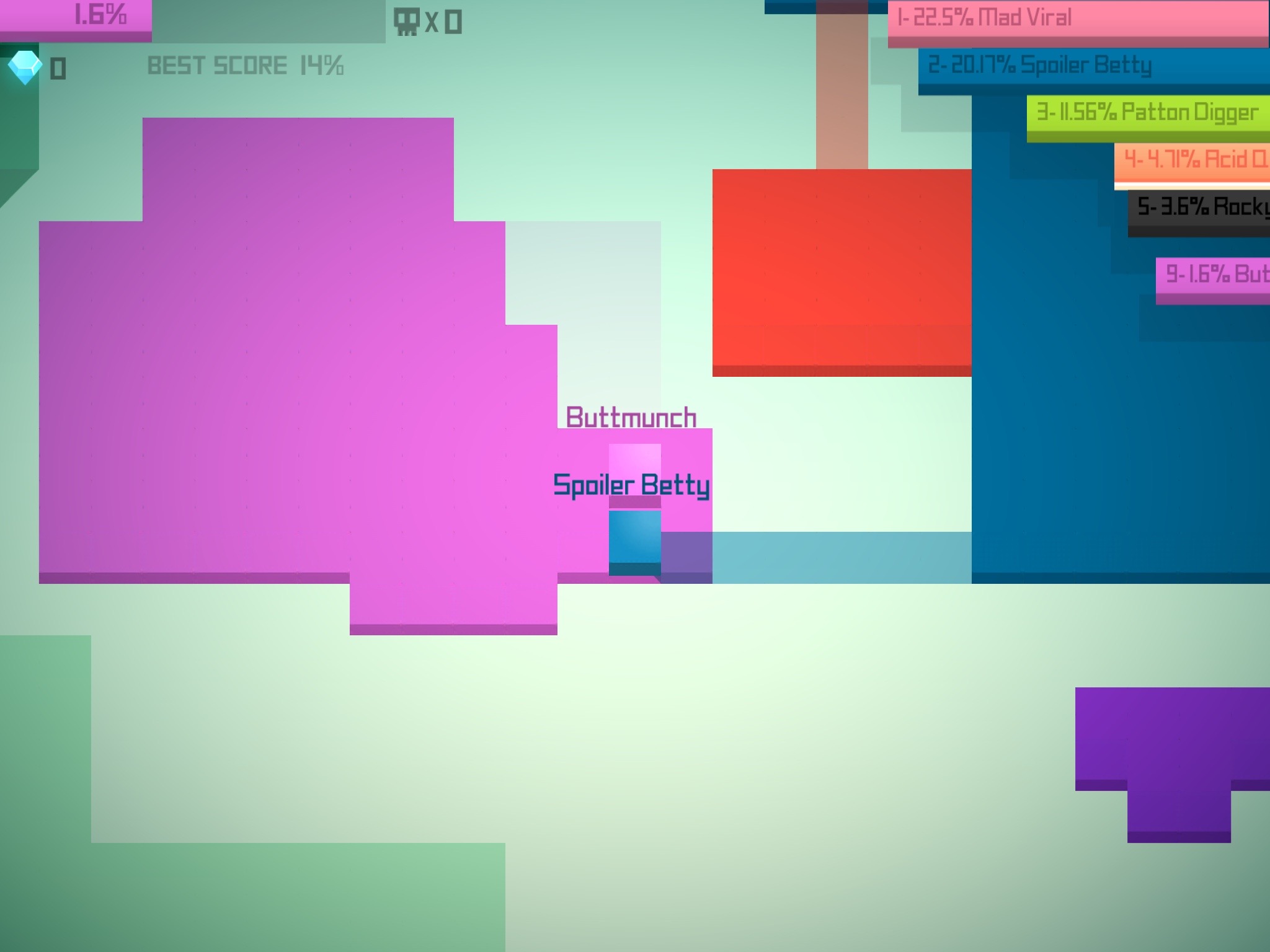 Of course, at some point you're going to find yourself in a game of chicken with an opponent with a fair amount of space between you and your territory. If that's the case, often the very worst thing you can do is turn and run.

Try to quickly turn away and back into the opponent's tail in short order. And pray.