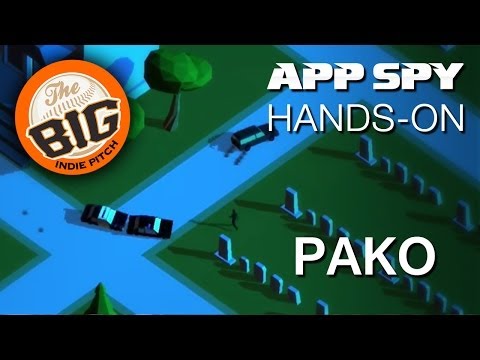 After playing some 50-odd games in a gruelling 4-hour marathon for our Very Big Indie Pitch at Pocket Gamer Connects, I think I'd quite happily never play or look at a video game again.

But, after the pitch, I had to hit up Jussi Pullinen of Tree Men Games to have another quick play with his ultra-addictive car chase game (and VBIP second place finisher) Pako.

It's a very simple game: you're trying to steer an out-of-control car and avoid crashing into obstacles, parked vehicles, or cop cruisers for as long as possible. Which is probably about 20 seconds.

Heck, the best player in the world has only managed to stay alive for four minutes. Pullinen puts his game in the aptly named "rage quit" category, alongside games like Flappy Bird and Super Hexagon. 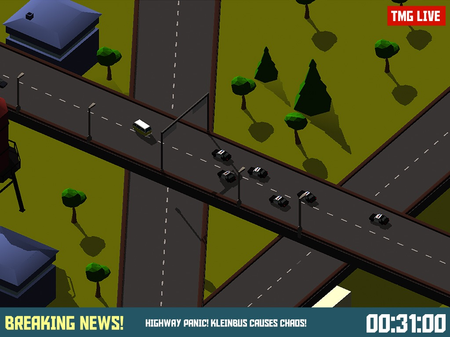 It reminded me of those old isometric driving games like Super Skidmarks. And while the controls can take a little while to get used to, you'll eventually master the loopy rhythm of your car and learn how to narrowly miss collisions.

Different maps feature different cars and a new twist on the formula. Like suburbia with its moving traffic, a cemetery with zombies you can mow down for bonus seconds, and a rather uncomfortable stage where you're dodging tanks in China. 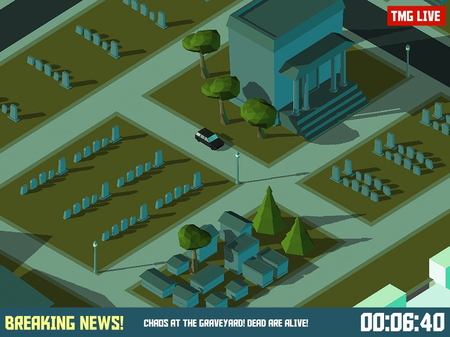 Pako is currently available on Windows Phone as a free game with one level. The current plan is to add four more stages to the game and port it to iOS and Android as a premium game in a month or so.