Indie game developer Tree Men Games has announced the official release date of Pako 3, the next instalment in their car chase simulator series. The new mobile title is landing on iOS devices on December 2nd followed by an Android release afterward, letting players dive back into the wild and wacky world of car chases and boss fights in a charming low-poly environment.

Pako 3 is all about driving around by pressing and holding the touch screen left or right to steer your vehicle. You'll have to hold both buttons for an extra slide or for your handbrake, making the controls relatively simple.

With your wits and cunning alone, you'll have to challenge boss levels, pick up bonus items, and go on the run from the cops on insane levels. You can also race against others on the tracks, unlocking different cars and more than thirty levels along the way. Apart from customizing your vehicle's paint jobs, you can also compete in the leaderboards for the ultimate bragging rights, as well as nab achievements for some well-deserved self-satisfaction. 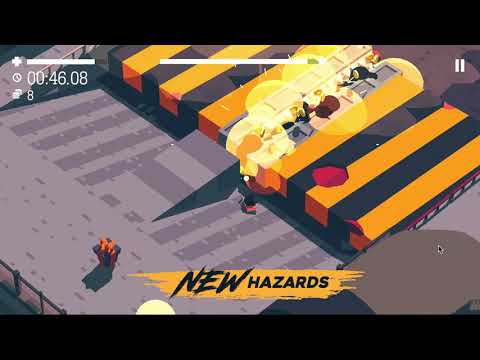 The game also features cloud saving so you won't have to lose your hard-earned progress at any point. If you're eager to give the game a go, you can pre-order now on the iOS App Store. Pako 3 is a free-to-play game with in-app purchases. If you're not familiar with the game, you can also take a sneak peek at the embedded trailer above to get a feel of the gameplay, or head on over to the official website to stay updated on all the latest developments.

Are you on the hunt for more action-packed car games on your phone that'll keep your adrenaline pumping? Why not take a gander at our list of the top 25 best racing and driving games for iPhone and iPad (iOS)?

Next Up :
Tropical Merge is a farming simulator, out now in select countries on Android

Pako 3: A few tips to get you back on the road again